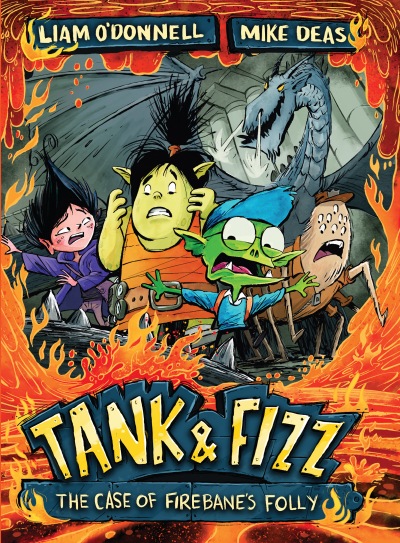 When their school bus veers off course while taking the kids from Gravelmuck Elementary on a field trip, monster detectives Tank and Fizz witness a crime that brings them snout to snout with Rockfall Mountain's oldest monster, the ancient dragon Firebane Drakeclaw. Thieves have stolen the Crown of Peace, which keeps the monster clans of the Dark Depths from fighting, and Tank and Fizz saw the whole thing. Now the detectives must track down the thieves and find the crown or their whole class will become dinner for one very hungry dragon!

The Case of Firebane's Folly is the fourth book in the Tank & Fizz series about two crime-solving monsters living under a mountain, following The Case of the Slime Stampede, The Case of the Battling Bots and The Case of the Missing Mage.
"It's a rollicking romp…the caper features a cast that is devoid of humans but otherwise rich in diverse species and distinct characters. 'That's what I call a fun field trip!' exclaims Fizz in the final panel. Series fans will agree."
– Kirkus Reviews
&quotDeveloping readers will enjoy the combination of text and graphic elements in this adventure story with its constant twists and turns. Many will read elements again and again as they revel in the action and surprise."
– Resource Links
John Spray Mystery Award   | 2019  |  Short-listed
CCBC Best Books for Kids & Teens   | 2018  |  Commended
Silver Birch Award Express   | 2019  |  Short-listed 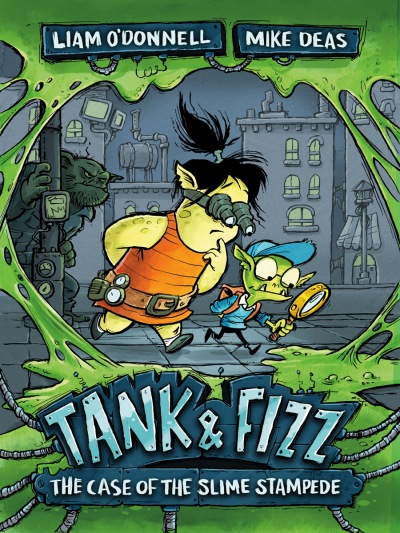 Tank & Fizz: The Case of the Slime Stampede 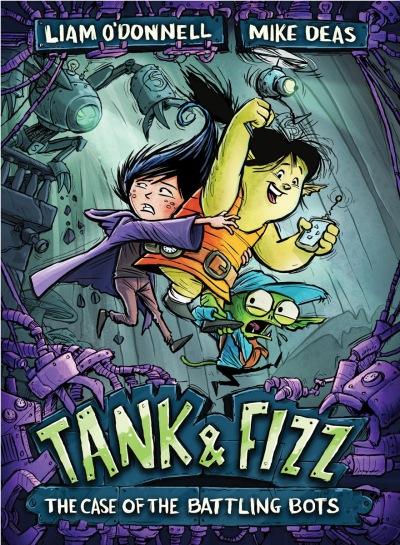 Tank & Fizz: The Case of the Battling Bots 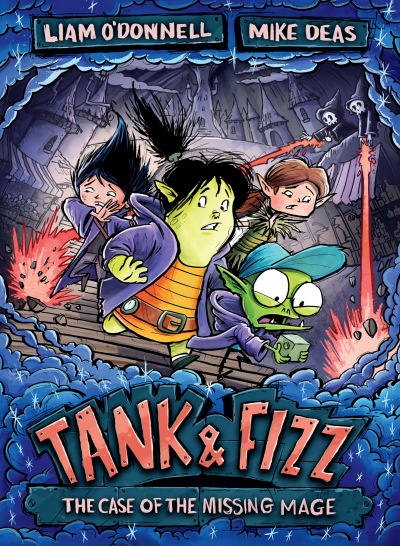 Tank & Fizz: The Case of the Missing Mage 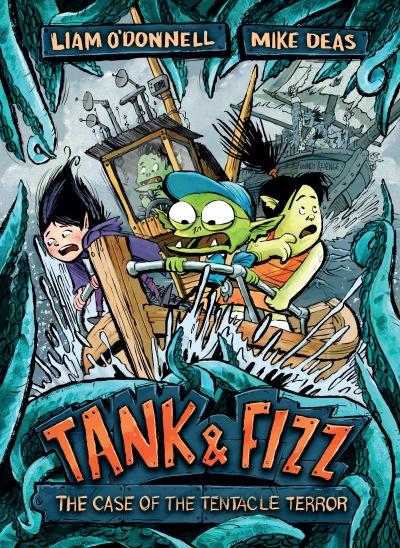 Tank & Fizz: The Case of the Tentacle Terror