The Mystery and History of the Planet’s Perfect Predator 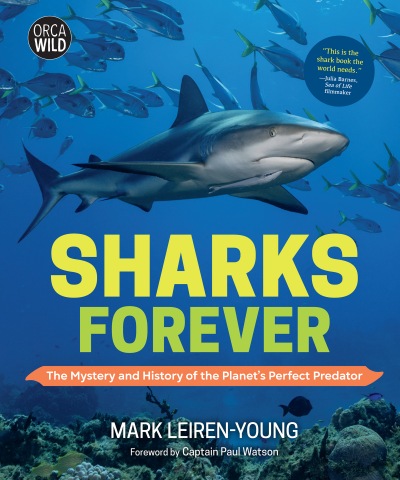 Explore the latest science about sharks.

Did you know that some sharks have friends? Or that there are sharks small enough to swim in a soup can? There are sharks who can walk on land and others who make their own light. There are ancient sharks who lived in the oceans millions of years ago, and new species who have just been discovered. Most importantly, did you know that most sharks are fighting for their survival?

Sharks Forever takes a deep dive into the lives of sharks––their habitat, biology, habits and personalities. It also looks at the biggest threats to their existence, from marine pollution and overfishing to bycatch and shark-fin soup. It goes beyond the bites and shares stories about people who swim with sharks and call them friends.