Getting the Brush Off 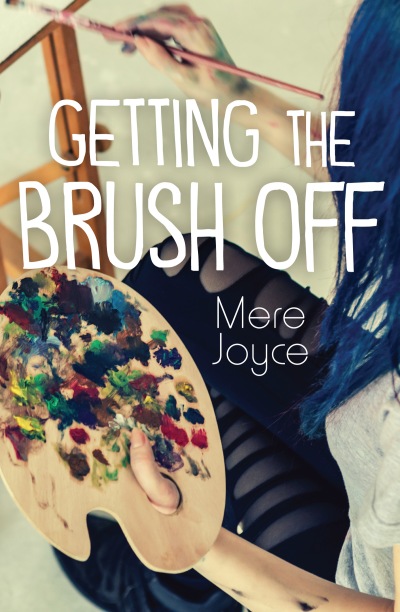 Two years ago, sixteen-year-old Sydney Hart was kicked out of the prestigious Burke Academy when her mother could no longer afford the tuition. She lost a promising future in the arts, as well as her best friend, who didn't want to be seen with an art-academy reject. But now, without Burke's rigid structure, Sydney has found her true passion in performance painting and is busking on Halifax's boardwalk to earn enough money to go to art camp. After the police shut her down, Sydney learns her old school is hosting a "brush-off" speed-painting contest with a cash prize. Entering would mean facing her painful past, not to mention her former friend, who's also competing.
"A feel-good story with a tidy, happy ending."
– Kirkus Reviews
"When I grab an Orca title, I expect a few things: fast pace, interesting storyline, clear writing, good message, and an overall quick read. Getting the Brush Off delivers on all these, and I look forward to adding it to my school library's collection. Highly Recommended."
– CM Magazine
Joyce creates a protagonist that you care about and that eases some disappointment. The message comes through loud and clear that one must challenge expectations and be true to one's own dreams and goals even in the face of outside pressure to do otherwise. Getting the Brush Off would be a solid addition to any library collection in need of high-interest low-vocabulary selections.
– Resource Links