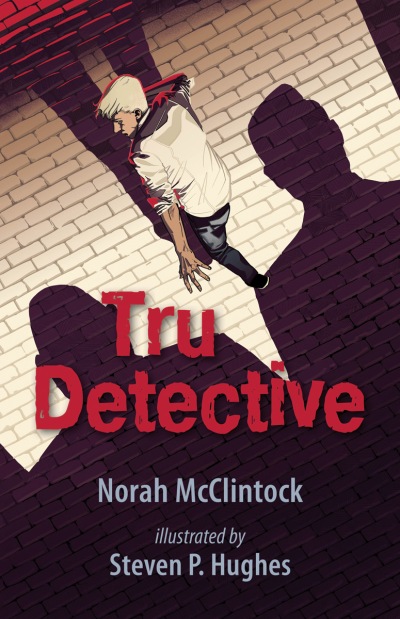 Truman’s parents are out of town, and he has made plans with his girlfriend, Natalia. When she doesn’t show up, he is angry. But when he finds out she has been murdered, Truman becomes the prime suspect. With no alibi, he must try to find the truth behind his girlfriend’s violent death. But the more he digs, the more he realizes he doesn’t really know who Natalia was, and he starts to wonder why she was interested in him at all. Hounded by suspicious detectives, angry Russian mobsters and a sense that nothing is as it seems, Truman is in a race to save himself.

This is the second eye-catching graphic novel from award-winning author Norah McClintock.
"McClintock follows I, Witness (2012) with another highly engaging suspense graphic novel geared toward struggling readers...Hughes imparts lots of information and characterization in his angular grayscale art, which depicts the story from Tru’s perspective. The appealing layout and compelling story, as well as the straightforward dialogue, make this very accessible to a wide audience, both reluctant and struggling readers as well as those looking for a pulse-pounding thriller."
– Booklist
"With a story that unspools across the pages, laying out clues and the details as it goes, this mystery begs to be read in one sitting. Stark black-and-white illustrations give the book a noir feel that contrasts with the youth of the main character but doesn’t conflict with it—instead it makes Truman’s journey into the darkness of Natalia’s story more powerful... A mystery graphic novel, beautifully done."
– School Library Journal
"McClintock has crafted a solid, appealing mystery, especially for newcomers to the genre...Readers will be caught up in Truman’s struggles, the perils he finds himself in, and the awareness he develops of both himself and others. Hughes’ black-and-white art builds on and supports the noir elements of McClintock’s storytelling with a stark, cinematic quality, leavened with occasional flashes of wit and sly humour. Tru Detective benefits from an of-the-moment quality, not just in its larger strokes—the way characters talk and interact, and plot elements including human trafficking, forced sex work, and illegal immigration—but in its finer details, such as the omnipresence of cellphones and their role in the mystery. Though most of them will never experience the kind of drama the story presents, adolescent readers will feel right at home."
– Quill & Quire
"[McClintock] repeats her success in creating a fast-paced narrative of teen characters involved in mystery...The writing is simple, as befits the graphic novel format, in which illustrations provide much of the emotion and action."
– Resource Links
"An appealing thriller for reluctant readers. The story is gripping and will hold onto readers to the last page."
– VOYA 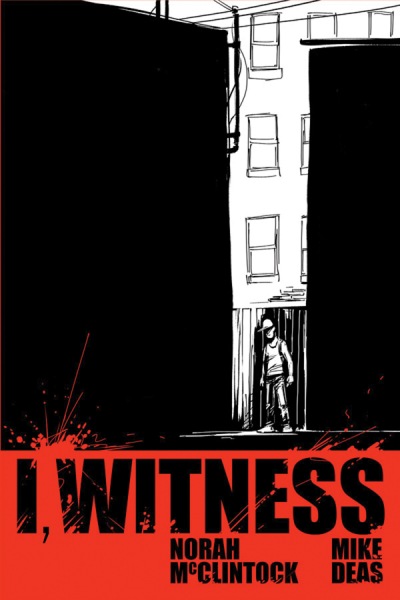