Thunder on the Plains 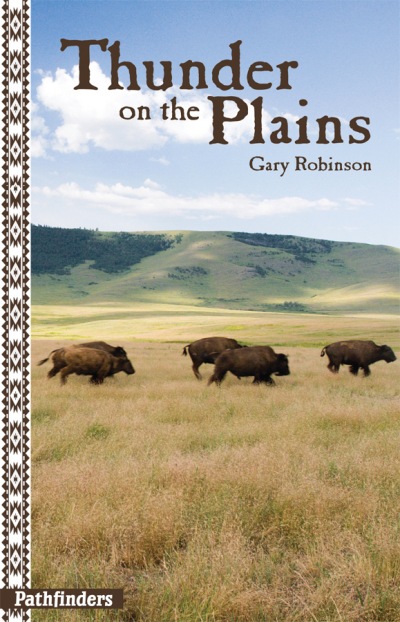 It's been two years and middle-school student Danny Wind is still not over his father's death. When his mom marries a white man and they move to a new "white bread" neighborhood, Danny's life changes. The school principal considers him a troublemaker, and he has to avoid Willy, the school bully, who calls him "redskin" and "Tonto." After Danny acts out and gets suspended from school, his mom decides to send him to a summer survival camp for Native American teens.

Danny is sure he is in for a boring summer on the reservation, without Internet access even. Instead, he meets other Native kids, learns to ride and care for horses, and develops a relationship with his grandfather, who teaches him the ways of their tribe. And even though life on the reservation is pretty cool, never in his craziest dreams did Danny expect to become involved in rescuing bison in Yellowstone National Park!
"This unvarnished tale may leave young readers who aren’t Native Americans feeling like they’re on the outside looking in—not necessarily a bad thing, considering the vast quantity of books that do the opposite."
– Kirkus Reviews