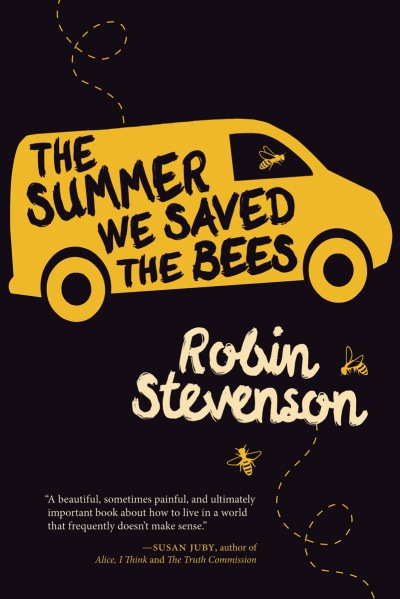 For Wolf, saving the planet means first saving his family from self-inflicted disaster.

Wolf’s mother is obsessed with saving the world’s honeybees, so it’s not too surprising when she announces that she’s taking her Save the Bees show on the road—with the whole family. Wolf thinks it’s a terrible plan, and not just because he’ll have to wear a bee costume—in public. He likes his alternative school and hates the idea of missing weeks of classes. His teenage stepsister doesn’t want to leave her boyfriend, and one of his little half sisters has stopped talking altogether, but Wolf’s mom doesn’t seem to notice. She’s convinced that the world is doomed unless ordinary people take extraordinary action. It isn’t until the kids take some drastic action of their own that she is forced to listen when Wolf tells her that dragging the family around the province in a beat-up Ford panel van may not be the best idea she ever had.

"A beautiful, sometimes painful, and ultimately important book about how to live in a world that frequently doesn’t make sense. I loved every page and know it is one of those stories that will stay with me forever. Bravo Robin Stevenson!”
– Susan Juby, author
"Wolf is a terrific narrator, more self-aware than the average 12-year-old but in the end just as ready to rationalize selfishness, however necessary, as his mother is. The twins, Violet, and the unexpectedly helpful Ty emerge as three-dimensional characters...Although Stevenson leaves the family's future up in the air, she gives Wolf a victory that will resonate with readers."
– Kirkus Reviews
''Filled with strong characters and surprising plots...A nice book with a smooth flow that is enjoyable to read."
– Teen Reviewer, VOYA
"Wolf’s story is compelling because he longs not for conformity but stability. His struggle for sense is the heart of the book, which turns out to be a page-turner ideal for high/low readers."
– Booklist
"Provides teachers and librarians with an excellent vehicle to foster and develop children’s critical literacy skills. Students might be encouraged to explore the themes of this novel with a critical perspective aimed at revealing both sides of this story. There are many other issues and aspects that will make this book a popular choice for literature circles and science classes. The plight of the bees is a very real one, and children will be encouraged to learn what they can to help prevent colony collapse disorder. They will also be encouraged to discover that, while our planet struggles with many, many issues, we are a species that can usually find hope and a way forward in difficult times."
– CM Magazine
"Well written...Deals with standing up for what you feel is right, when faced with a difficult situation, especially when it may be a person of authority that you need to stand up to...Also deals with current environmental issues that need to be addressed. These topics can all be used for educational discussions."
– Resource Links
"Stevenson seamlessly weaves the story of the bees with stepfamily relations, and communication. Wolf, as the narrator, creates a captivating story; the reader will cheer when the kids take a drastic step to make their parents understand how they are feeling."
– School Library Connection
“This fascinating story captures how a family unites their passion to save bee colonies in North America, and how education plays a vital role in spreading this message…The journey unfolds with laughter, adventure and compassion.”
– BC SPCA, e-Teacher Newsletter
CCBC Best Books for Kids & Teens   | 2016  |  Commended
Red Cedar B.C. Young Readers' Choice Fiction   | 2017  |  Short-listed
Chocolate Lily Book Award   | 2017  |  Short-listed
Rocky Mountain Book Award   | 2017  |  Short-listed
Bolen Books Children's Book Prize   | 2016  |  Short-listed 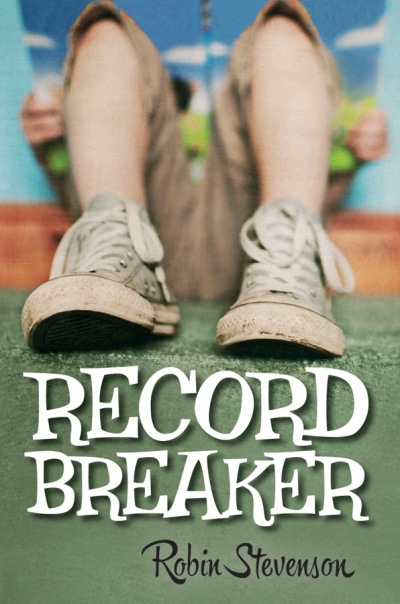 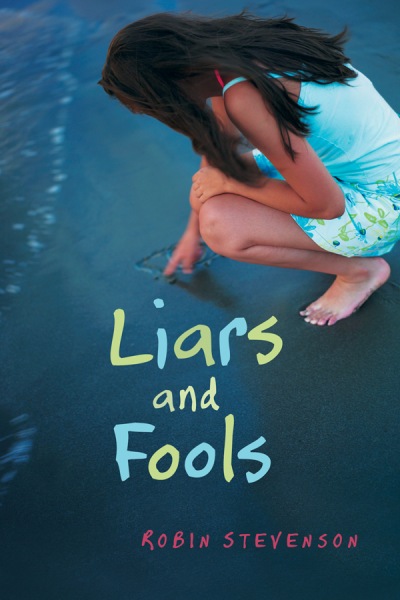