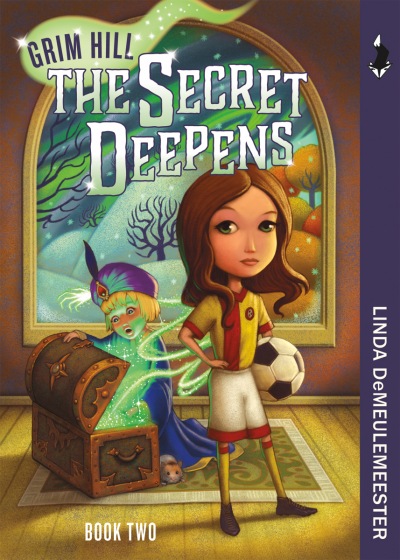 Since Halloween, things are getting back to normal for Cat Peters. Now the big drama in her life isn’t a battle against diabolical fairies, but a battle of the sexes on the soccer field. Meanwhile, ever since Cat's little sister, Sookie, was imprisoned on Grim Hill, she has only been interested in one thing: magic. When the aspiring conjurer takes her discoveries too far, it is up to Cat to set things straight. Can she really bear to return to the dreaded Grim Hill for a final confrontation with the powerful beings that dwell there?