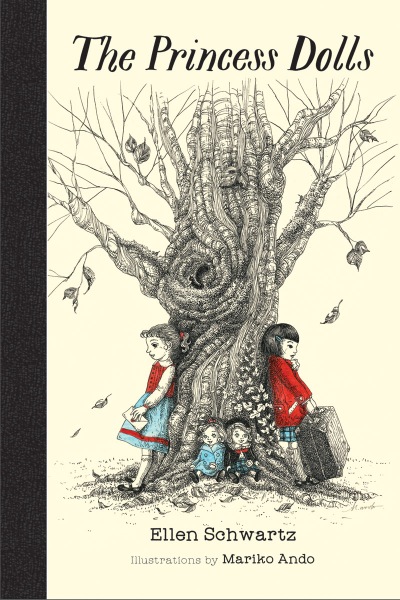 Vancouver, 1942. When best friends Esther and Michiko spot beautiful Princess Elizabeth and Princess Margaret dolls, in vogue at the time, in the local toy-store window, they long to get the dolls for their shared birthday. But when Esther receives a doll and Michiko doesn't, their friendship starts to unravel.

The story is set against the backdrop of an atmosphere of increasing hostility and racist attacks upon the Japanese community that culminates in the internment. During much of the story, restrictions on Japanese Canadians are increasing. Then Michiko and her family are sent away. With such enormous barriers erected between them, Esther and Michiko are left to their own devices as to how to mend their friendship.

"A lovely, old-fashioned-feeling story, focused squarely on the girls' friendship, that acknowledges danger and injustice&#8212but at a distance. A quaint historical about one of the effects of War World II for those who don't want an intense war story."
– Kirkus Reviews
"The Princess Dolls is a gentle story about friendship, set against the backdrop of 1942 Vancouver. Mariko Ando's evocative black-and-white illustrations add to the charm of this sweet and haunting story."
– Quill & Quire

“As bigotry toward Japanese Canadians grows more apparent in the community, (Esther and Mariko's) friendship suffers. Then the unthinkable happens: Michiko and her family are sent away to internment camps…Esther's and Michiko's behaviors could prompt useful discussions about privilege as well as bigotry. Ando's elegant black-and-white illustrations capture life in motion. A gentle yet thoughtful historical tale.”

“Schwartz deftly shows how a once-simple friendship can be complicated by class and race. Black-and-white illustrations depict important moments with depth and detail.”