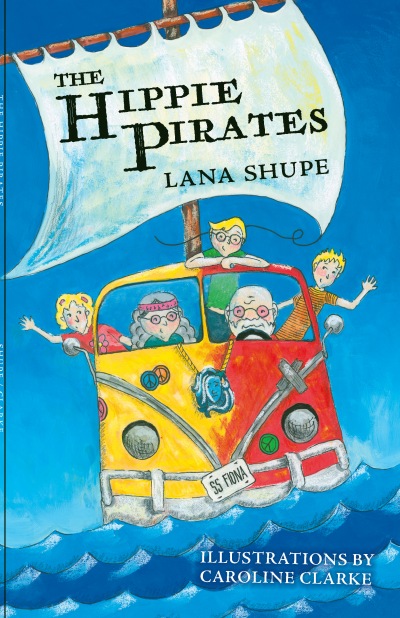 There are many things that Kent, Ryan, and Amy love about their somewhat eccentric hippie-pirate grandparents; best of all are their wonderful stories about travelling the world in search of hippie-pirate treasure. Central to all their stories is their beloved VW pirate ship bus, the SS Fiona. And now the three children are going to join in on a hippie-pirate adventure, and sail on the Fiona!

Where will they go? Liverpool? Norway? New York? No. Three disappointed children learn their destination is Nova Scotia, their home province. But very quickly Kent, Ryan, and Amy come to realize that there’s a lot more to “their own backyard” than they’d realized, and that the Fiona knows a trick or two as well.

This time-travelling adventure, the first in a planned series, introduces young readers to some unique aspects of Canadian and Nova Scotian history, including the establishment of Birchtown and the plight of Black Loyalists.