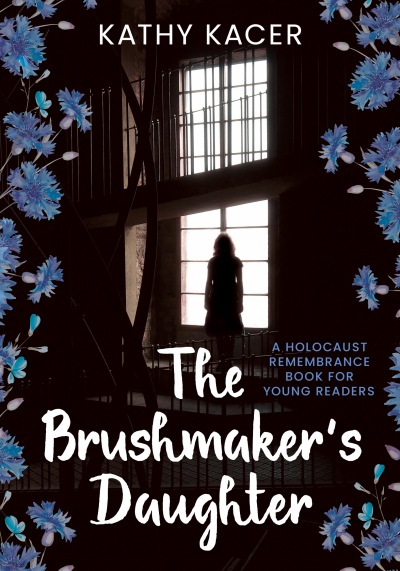 It is 1939 in Berlin, Germany, and twelve-year-old Lillian and her Papa are on the run from Nazi soldiers. Because they are Jewish, they are in danger of being arrested and put in prison. Lillian's father is blind and it seems no one is willing to help them, until they meet Otto Weidt. Mr. Weidt runs a factory that makes brushes for the Nazi army, and his secret is that he employs blind Jewish workers. Lillian soon learns that Otto Weidt is determined to keep her, Papa, and all the Jewish workers safe. But will he be able to? Inspired by a true story.
The unimaginable is made alive, heart-wrenching, and reachable for modern young readers.
– (Starred Review)

The Brushmaker’s Daughter can be used in a teaching unit about the Holocaust, and it would be an suitable accompaniment to her excellent nonfiction books, among them The Underground Reporters and Hiding Edith.