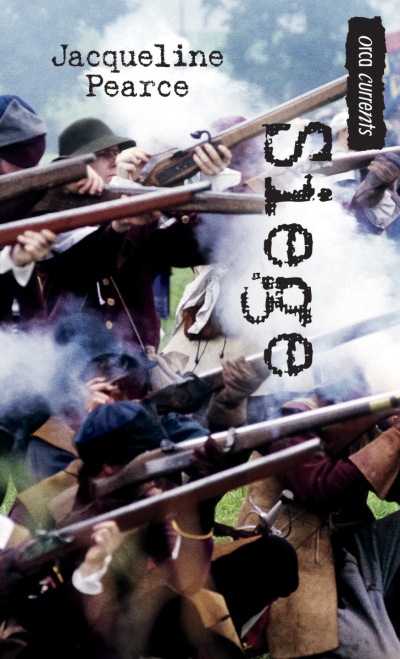 When Jason agrees to go camping with his cousin Sean, he doesn’t picture two weeks at a War of 1812 reenactment camp. But that’s where he ends up. The historically accurate camp bans all trappings of modern life, like cell phones and electricity. Jason is not impressed, but they do get to fire muskets, and he secretly likes that, despite the general dorkiness of the camp. And then there’s the cute girl who works in the mess tent. And the sneaking around at night getting into trouble, which is fun—until Jason and his friends keep running into a camp counselor who is clearly up to no good. They resolve to find out exactly what the counselor is up to, but they may have taken on more than they can handle.
"Pearce does a good job in subtly incorporating details that will be important later on in the story. Events flow smoothly from one to the other, with history lessons included in the dialogue...Readers will become familiar with some of the geography of Old Fort Erie and its surrounding area, the cause of the War of 1812, and familiar with terminology and phrases that were used at the time...The potential newfound knowledge that this war caused family members and neighbours to fight against one another may have an impact on readers’ perspectives on war."
– CM Magazine
"The action moves smoothly and quickly so as to draw in any reluctant reader. The novel raises important questions that soldiers may face, such as what it is like to kill someone. Although the novel does have a light, fun quality to it, it succeeds in portraying the seriousness of wartime situations. One of the great things about this novel is the historical descriptions which are given a contemporary spin, making the educational quality of the novel less weighty and daunting...A useful novel when learning about the War of 1812 or any similar wartime conflict."
– Resource Links