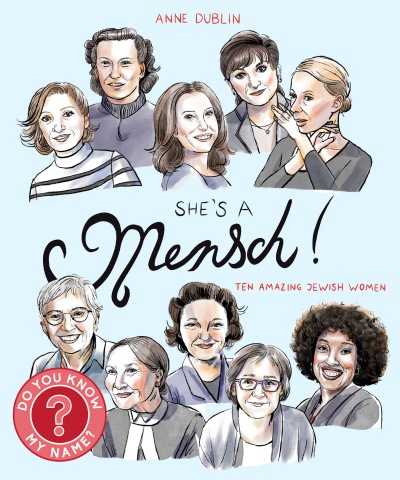 From the poorest neighborhoods in Kenya to the halls of the Canadian Supreme Court, the Jewish women found in these pages have accomplished remarkable feats. Some survived the horrors of the Holocaust while others had more peaceful childhoods, but all of them saw unfairness in their world and decided to do something about it.

Despite living in hiding throughout the Second World War, Hungarian gymnast Ágnes Keleti went on to win four Olympic gold medals at age thirty-five. South African Ruth First used her privilege as a white woman to battle her country’s racist system of Apartheid—a fight she eventually paid for with her life. Canadian Judy Feld Carr, a quiet high school music teacher, secretly organized the rescue of persecuted Jews from Syria. And Yavilah McCoy, an African American Jew from New York, uses her voice today to advocate for diversity in Judaism. You may not have heard of the ten women in this book before, but you will remember them. Their greatest legacy could be the action that their stories inspire in you.