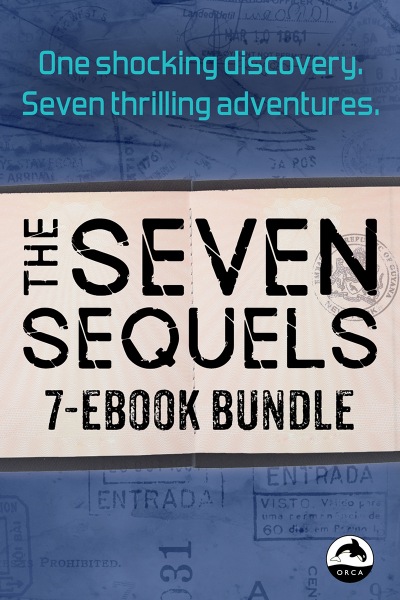 The bestselling Seven (the Series) continues with The Seven Sequels! All seven authors from the original series have returned with a second set of seven novels that can be read in any order. Eric Walters, John Wilson, Ted Staunton, Richard Scrimger, Norah McClintock, Sigmund Brouwer and Shane Peacock bring their signature writing styles to a series of adventures that take readers from the cobblestones of Cambridge to the beaches of Uruguay.
This ebook bundle contains:
Sleeper
Broken Arrow
Coda
The Wolf and Me
From the Dead
Tin Soldier
Double You
"This unusual series features seven books that are connected but can stand alone as individual adventures. Building upon a plot line first laid out in the “Seven” series, each entry follows one of David McLean’s seven grandsons as he embarks on a dangerous mission in a far flung locale, as per instructions in Grandpa McLean’s oddball will…This thrill-a-minute series will hook reluctant readers as well as fans of James Bond and Jason Bourne." —School Library Journal