Women and Political Power in Canada 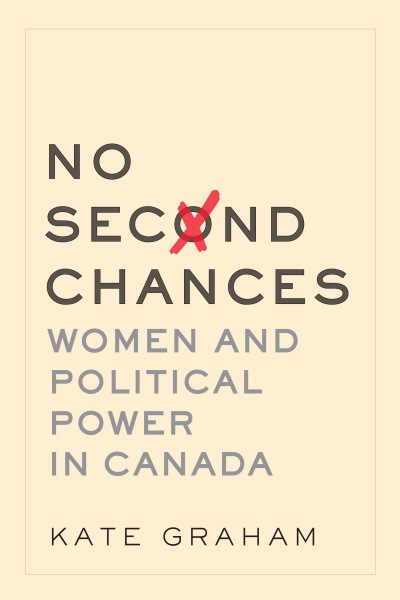 As of September 2021, only thirteen women had reached Canada’s top political posts: elected or appointed provincial premier or prime minister. They have represented three major political parties and served across provinces and territories from coast to coast to coast. But, as professor and provincial candidate Kate Graham discovered, there are concerning similarities in their stories: women tend to reach the top only in challenging political circumstances; they last in the top job for about half as long as men do; and, when they run for re-election, they lose.

No Second Chances shares the stories of the rise and fall of women in Canada’s most senior political roles and examines the obstacles that prevent more women from reaching for and achieving these goals. Based on interviews conducted for the Canada 2020 No Second Chances podcast, Graham provides readers with a rare glimpse into the lives of female political leaders, from the perspectives of the women who know this story best.

"An important overview of how difficult the glass ceiling remains for women in politics… With the help of Graham’s book, women will be able to read about women in these roles — and perhaps get a better idea of why they should run."

“Kate Graham’s recent collection of interviews provides a rare opportunity to hear from twelve exceptional politicians first-hand.…As such, it makes a significant contribution to the historical record."