My Time as Caz Hazard 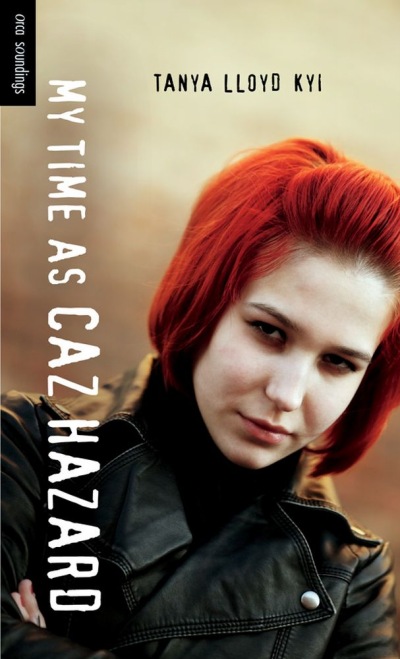 Caz thinks she has a pretty good reason when she punches her boyfriend in the face, but she gets expelled anyway. Moving to a new school, she is told she is dyslexic and sent to special education classes. Caz tries to fit in and get by while suffering the taunts and abuse that others throw at the students in her class. Her friendship with Amanda leads her into new territory—shoplifting and skipping school. Coupled with her parents' impending separation, her life is spiraling out of control.

Also available in Spanish.
"Will definitely ring bells with the hi-lo crowd...[Kyi's] books seem to hit their mark and are popular."
– WASHYARG
"This short novel features plenty of action and lively dialogue."
– Canadian Book Review Annual
"Slim and easy to read, yet still convincing and deep, and offering a note of hopefulness...Highly recommended."
– Hi-Rise
"Kyi paints a situation common to our culture: adolescents struggling to find their identity with imperfect adult examples. Readers will easily identify with the opposing forces Caz faces as she tries to make sense of her life. A compelling contemporary story."
– School Library Journal
"Offer[s] some very realistic situations teens deal with every day and could be used to jump-start more than a few critical discussions. Highly recommended."
– CM Magazine
CCBC Our Choice starred selection   | 2005  |  Commended