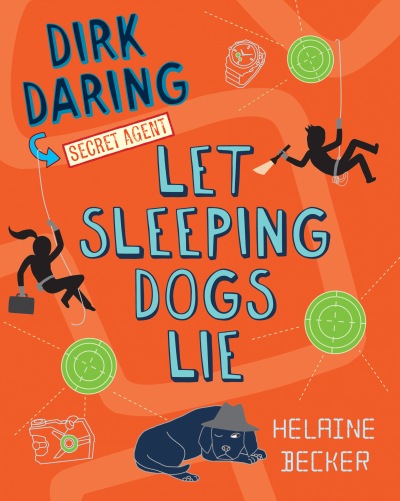 Darren Dirkowitz thought his life was over when his tippity-top-secret alter ego, Dirk Daring, Secret Agent, was outed to the entire Preston Middle School student body. If only he’d been so lucky. Now the Wolf Lords—a gang of teen thugs bent on wringing every last penny out of Preston students—are breathing down his neck. There’s only one solution: Dirk Daring must embark on his most daring mission yet. A mission so audacious, so cunning, so doggone crazy, that if it succeeds, the Wolf Lords will wind up begging for mercy. But first, Darren must bring his own disobedient “associates” to heel.

Let Sleeping Dogs Lie is the sequel to the runaway bestseller Dirk Daring, Secret Agent.
"The author perfectly captures a middle school crush that is getting just deep enough to matter but not so much so that it's troublesome to either participant. The narrative is also peppered with the same spy psychobabble that made the first Dirk Daring adventure such a blast. This is a very silly book, but it never crosses the line into inanity. With a smart balance of humor and heart, this is a winning sequel."
– Kirkus Reviews
"Well-written...[and] thick with sarcasm, humour and wit...This would be a great recommendation for reluctant readers as the pages are filled with diary entries, code logs and interview excerpts, making it a fun read. Recommended."
– CM Magazine
"[A] pertinent novel, written humorously...Important for classroom discussion and reflection."
– Resource Links
"A great title for middle grade readers who like mysteries and spy stories, especially ones with humor in the plot...Recommended."
– School Library Connection 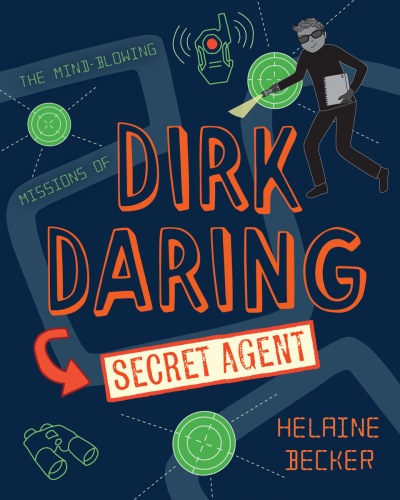