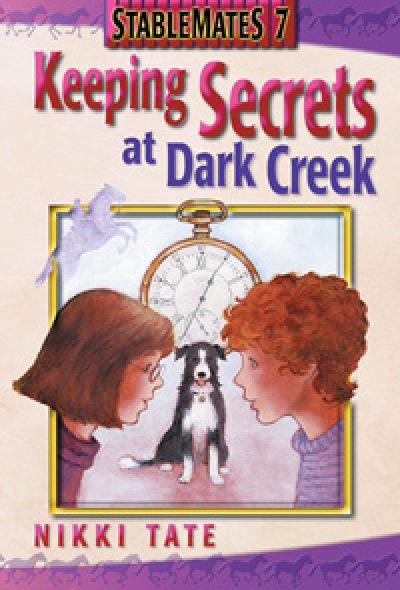 Fans of Nikki Tate's horse novels will be happy to see Jessa and the rest of the Dark Creek gang back for more horsey action in the seventh volume of the best-selling StableMates series. Jessa continues to struggle to control her new mount, Jasmine, even as she tries to keep a lid on her intense jealousy towards Molly, the young rider who has been taking lessons on Jessa's beloved pony, Rebel. The barn is not the only place where Jessa encounters strife. Soon after the start of the new school year, problems arise at Kenwood Middle school where Jessa finds herself embroiled in a battle of secrets and betrayal with Andrew, a strange new boy who seems determined to make her life miserable. This page-turner draws readers into this popular heroine's world as Jessa and Cheryl survive a nasty encounter with angry wasps, learn about the railway companies that once served the Saanich Peninsula, and return an historical artifact to its rightful owner nearly one hundred years after it went missing. In the end, an offer of friendship from an unexpected soulmate makes Jessa realize the importance of looking beyond appearances before judging someone's character.