Nora Decter grew up in the North End of Winnipeg, Manitoba. She has an MFA in Creative Writing and Literature from Stony Brook University and a BA in English and Creative Writing from York University. Her debut novel, How Far We Go and How Fast, won the Kobo Emerging Writer Prize. Nora lives in Winnipeg. 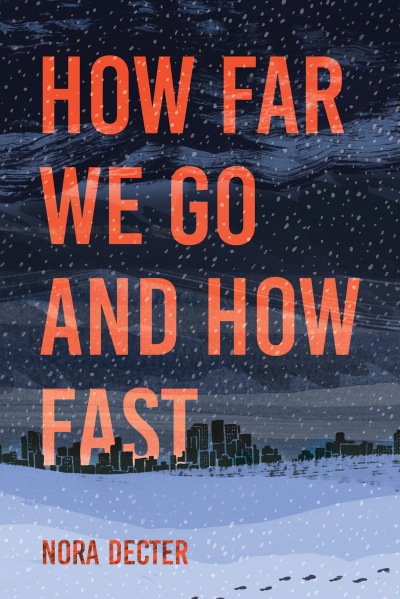