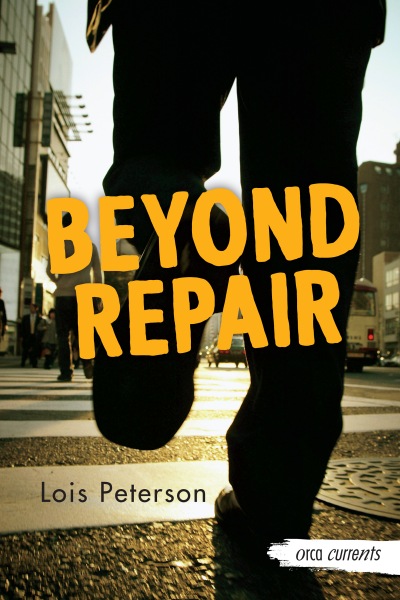 Cam needs to know why the man who killed his father is now stalking his family.

As much as life has changed forever since the death of his father, much has stayed the same for Cam. He's always had a great deal of responsibility around the house, but the burden is heavier now with the load of grief he's been carrying. After the man who was driving the truck that killed his father begins to turn up everywhere: at his work, in stores, at his sister's school. Cam feels pressure to keep his family safe and starts following his father's killer in search of answers.

"[Peterson] writes accomplished suspense, especially given the limitations placed on high interest-low vocabulary titles. Readers will be hard-pressed to stop at the end of each short chapter, and the author convincingly conveys Cameron's fear and confusion...Characters, even Cameron's deceased father, are complex and multi-dimensional...Peterson's novel should find an audience with suspense fans of all reading levels. Recommended."
– CM Magazine
"Compact, dialogue driven writing keeps the atmosphere tense as Cam races toward a confrontation with his father's killer...A resonant, quick read from a reliable reluctant reader series."
– Booklist
"I found the book a quick but thought-provoking read, the characters believable and the story compelling. I would recommend its purchase both for the library and the classroom."
– Library Media Connection
"Peterson keeps readers engaged from page one of this suspenseful and touching (yet admirably unsentimental) hi-lo book."
– The Horn Book Guide
"Explored some tough issues, yet did it in a fast-paced way that will appeal to reluctant readers."
– Washington State Young Adult Review Group