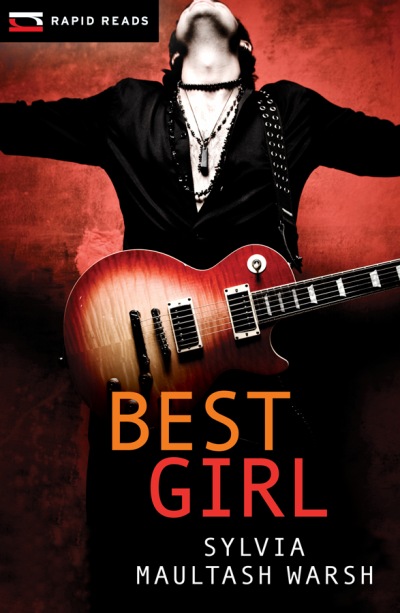 Amanda Moss is a young hairstylist with ambitions to become a musician and play in a band. She was adopted at age three after her parents were killed in a car crash. At least that's what her adoptive mother Shelley has always told her. Shelley is also a hairdresser. But beyond that, mother and daughter don't see eye to eye on much.

Then one day Amanda's life changes dramatically when a stranger shows up and tells her a very different story about her parents. Her real mother has just died of cancer while serving a life sentence for the murder of Amanda's father. Suddenly Amanda feels her whole life has been a lie. Was her mother really guilty? When she also discovers that her father was in a successful rock-and-roll band when he was killed, she goes looking for former band members to try to find out what really happened so many years before. In the process she learns some unpleasant truths about her family. She also learns that you can love and hate someone at the same time.
"As the main character moves towards the truth, Warsh creates many twists and turns to mimic Amanda's confusion. Best Girl is a novel that addresses many themes including the value of family and the quest for identity. Highly Recommended."
– CM Magazine
"Functional dialogue and short, colloquial sentences—perfect for its intended readership. It skips along rather quickly, with enough psychological depth to keep young people interested in the character."
– www.mytowncrier.ca
"This novel packs a lot of suspense into a mere 121 pages. For new adult readers, or readers short on time, this novel fits the bill. The fast paced action keeps the reader on edge for the duration of the story."
– Southwest Ohio Young Adult Materials Review Group
"Well-written...this novel features believable characters, a taut plot and a satisfying ending. A quick read, and a book the reader will not be able to put down."
– Tri State YA Book Review Committee
"This engaging, quick read is aimed at adult reluctant/struggling readers, but may find appeal at the upper high school level."
– NJ Youth Services