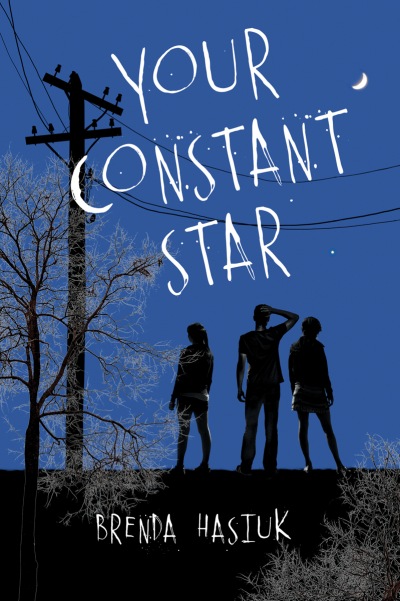 Faye is the “good” adopted Chinese daughter. Bev is the wild child. Mannie is the unambitious stoner. What brings them together—and tears them apart—is a need to move beyond the clichés and commit to something—anything—that will bring meaning and joy to their lives.

When Faye’s long-lost childhood neighbor, Bev, turns up out of the blue, wanting something from her old friend, Faye goes along with Bev’s plan. But Mannie, the joyriding daddy of Bev’s baby, has a half-crazed romantic agenda of his own. As one cold, miserable prairie spring inches toward summer, a series of unexpected and sometimes explosive decisions sends the trio hurtling toward disaster. A darkly funny portrayal of three unforgettable teenagers feeling their way into adulthood in an imperfect world.
"Authentic teen characters, closely observed settings and a moving plot ...A superb novel from a rising Canadian literary star, best for adult and mature crossover readers."
– Kirkus Reviews
"With all their flaws, the three narrators jump off the page with terrifying realism. They are teenagers to make any parent or guidance counselor cringe in recognition. Hasiuk doesn't flinch from adolescent anger and frustration...Bev, Mannie and Faye are hard to forget...A novel for older teens who want realism with no preachiness...Recommended."
– CM Magazine
"Hasiuk's three dysfunctional teenage characters are fascinating in their complexity...This powerful narrative will definitely resonate with teenage readers...Readers will be fascinated by Faye's quest to solve the mystery of her own life."
– Resource Links
"Readers [will] dive right in, like the main character, and enjoy the writing style...A great book."
– VOYA
"The book’s immediacy will engage readers."
– School Library Journal
"Effectively describes a brief moment in the lives of teens on the brink of adulthood. The difficult and rather dark situations they find themselves in are lightened by moments of humour sprinkled liberally throughout, and their different, but believable attitudes toward life will resonate with a variety of readers."
– Quill & Quire
"The feeling of impending doom will carry curious readers forward to the penultimate chapter."
– Booklist
"Hasiuk skillfully creates complex and believable characters, who are by turns cruel and compassionate, alienating and sympathetic. She understands the blind groping of adolescence, along with its mixing of affection and contempt toward loved ones and occasionally crippling, occasionally empowering uncertainties, and examines this fumbling (and its potential for disaster) in an insightful but unsentimental light. With its restrained but uncondescending portrayal of teen pregnancy, drug use, and mental illness alongside small interpersonal cruelties and baffling but resonant adolescent behavior, this will appeal to teens looking for other souls asking questions without answers."
– The Bulletin of the Center for Children’s Books
"Lovely cultural details...make Faye a believable and compelling character...There is a gravitas about the book that is still with me. I enjoyed the first two sections, but the third was a bittersweet sucker-punch that made it all meaningful and terrible and beautiful...Hasiuk weaves a web of time that pulls the reader through these characters’ lives, giving us an intimate look at their complexities. The flashbacks are so many and so smooth that the present becomes a bridge between memories, the reader scarcely realizing they’ve crossed it until they are on the other side, looking back...Hasiuk handles these instances beautifully, successfully adding layer upon layer of depth to these characters and their histories...While these characters may be affected by the past, they feel liking living, breathing teens in the present...Each character is halved by culture, by distance, by borders, and is searching for their true self."
– http://asitoughttobe.com
McNally Robinson Books for Young People Award nominee   | 2015  |  Short-listed