Who We Thought We Were As We Fell 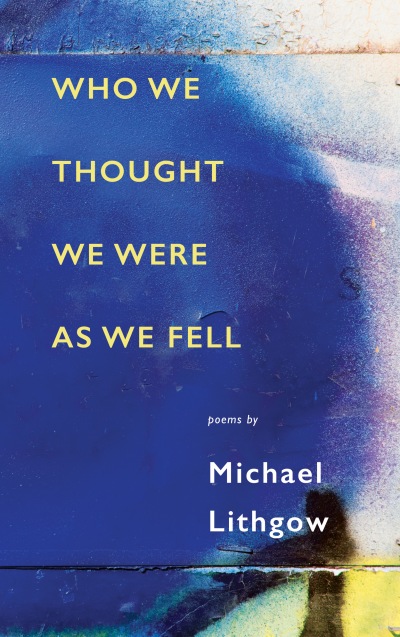 In his second poetry collection, Michael Lithgow reflects on startling encounters with something elusive, numinous and larger than life amid the material demands and mundane textures of the day-to-day. The poems drift in the tensions between a pleasing life simply lived and disquieting fissures that open in it; between unease with a middle-class backdrop, and surprising if sometimes unsettling moments of beauty to be found there. The poet works through different kinds of grieving—for a parent who withers from cancer, for family members murdered in war, for the platforms of death on which common conveniences like grocery stores depend. Weighing harsh realities against promises of life and renewal, Lithgow's poems are the struggle to put into words something that would rather not be named.

“In a world where everyone must live with grief and perpetual indignity, it is a sincerely heartening thing to have effective literary examples, in terms of both reckoning and perseverance. It is a project of tremendous difficulty that Lithgow takes on with this book, and the high degree to which he succeeds is very much worthy of praise.”

“Behind the facade of comfort or beauty lurk questions and uncertainties — the things we're not only unsure if we know, but if we want to know. Such is the tension of Michael Lithgow's haunting second collection of poems, Who We Thought We Were As We Fell.”