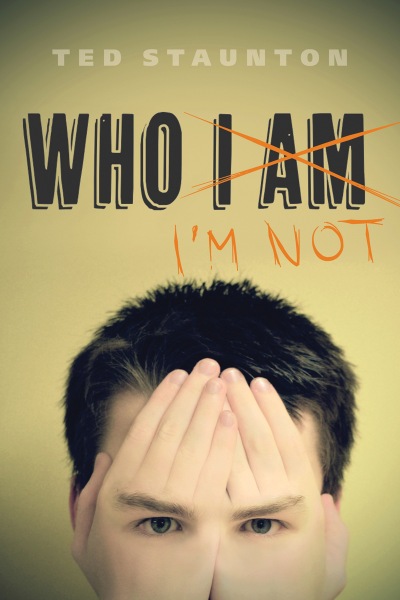 Danny has survived everything life has thrown at him: being abandoned at birth, multiple abusive foster homes, life as a con man in training. But when his latest "protector" dies suddenly, Danny has to think fast or he'll be back in foster care again. He decides to assume the identity of a boy who disappeared three years before. If nothing else, he figures it will buy him a little time. Much to his astonishment, his new "family" accepts him as their own, despite the fact that he looks nothing like their missing relative. But one old cop has his suspicions about Danny, and he's not about to declare the case closed. Inspired by a true story, Who I'm Not is a powerful portrait of a boy whose identity is as fluid as a river and as changeable as a chameleon's skin.
[Starred review] "Takes off like a rocket and continue its upward trajectory right to the very last page...Danny himself is fantastically constructed, his typical teen bravado complicated by trauma and deep-seated fears...Given its cinematic quality, dead-on dialogue, and rollicking pace, Who I'm Not is a perfect choice for reluctant readers. This book is a knockout."
– Quill & Quire
"Staunton’s latest page-turner moves fast. Readers aren’t sure whether or not they can trust the main character, and that makes the journey all the more exhilarating...The provocative, well-drawn characters run the gamut, from Danny’s kindly caregiver, Shan, to his violent, drug-addicted brother. Staunton stealthily inserts clues as to the whereabouts of the real Danny, but his keen plotting skills will keep readers guessing until the very end. Breathless, fast-paced fun."
– Kirkus Reviews
"This quick read pulls the reader in almost immediately. The main character’s backstory is minimal, yet the reader cannot help but be intrigued by his attempt to be Danny...This should be an easy booktalk and will appeal to reluctant readers."
– VOYA
John Spray Mystery Award   | 2014  |  Winner
Arthur Ellis Award   | 2014  |  Short-listed
CCBC Best Books   | 2014  |  Commended
Stellar Award   | 2014  |  Short-listed