When the Curtain Rises 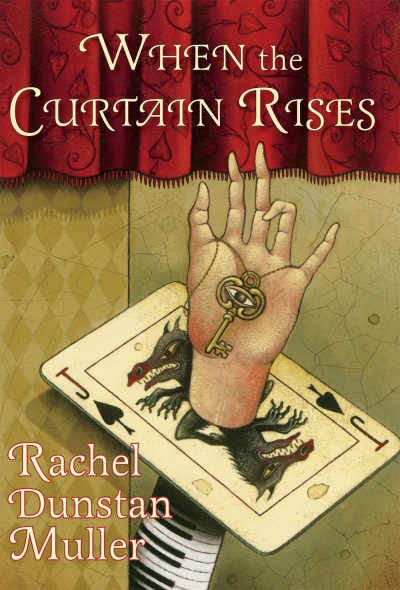 Chloe McBride has some reservations about accepting her elderly great-aunts' invitation to spend part of the summer with them in Little Venice, but her initial reluctance is outweighed by her curiosity about the mysterious key that came with her aunts' note. She's also anxious to put the humiliating memory of a disastrous piano recital as far behind her as possible. Chloe's great-aunts tell her the legend of her great-grandfather, Dante Magnus, an ambitious magician who vanished without a trace almost a century earlier, and Chloe begins to search for clues to his disappearance. When her investigations eventually lead her to a mysterious rosewood box, which has been hidden for almost a hundred years, Chloe's belief in the power of magic forces her to confront her own fears and ambitions.
"Muller creates a very intense plot that is exciting to read...quirky personalities light up the story...The story moves quickly and smoothly and the mystery becomes more intriguing with each passing chapter. Highly recommended."
– CM Magazine
"A mix of fantasy, mystery and teen angst...this recommended purchase for middle school and public libraries is sure to be popular with middle grade readers."
– VOYA
"A meticulously plotted mystery with supernatural elements...Muller [hits] all the suspense marks with ingenuity and agility."
– The Globe and Mail
"This novel will appeal to young teenage readers...who love to solve mysteries."
– Resource Links
OLA Best Bets   | 2008  |  Commended
Manitoba Young Readers' Choice Award nominee   | 2009  |  Short-listed
CCBC Best Books   | 2008  |  Commended
PSLA Top Forty   | 2007  |  Commended