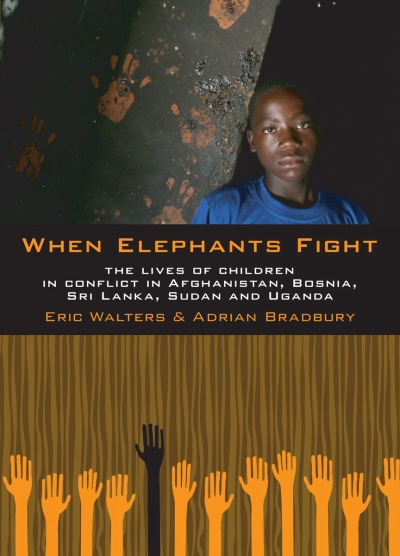 When elephants fight, it is the grass that suffers. This ancient proverb of the Kikuyu people, a tribal group in Kenya, Africa, is as true today as when the words were first spoken, perhaps thousands of years ago. Its essence is simplicity—when the large fight, it is the small who suffer most. And when it comes to war, the smallest, the most vulnerable, are the children.

When Elephants Fight presents the stories of five children—Annu, Jimmy, Nadja, Farooq and Toma—from five very different and distinct conflicts—Sri Lanka, Uganda, Sarajevo, Afghanistan and the Sudan. Along with these very personal accounts, the book also offers brief analyses of the history and geopolitical issues that are the canvas on which these conflicts are cast.

When Elephants Fight is about increasing awareness. For the future to be better than the past, better than the present, we must help equip our children with an awareness and understanding of the world around them and their ability to bring about change. Gandhi stated, "If you are going to change the world, start with the children."
Resource Links "The Year's Best"   | 2009  |  Commended