Whatever Doesn't Kill You 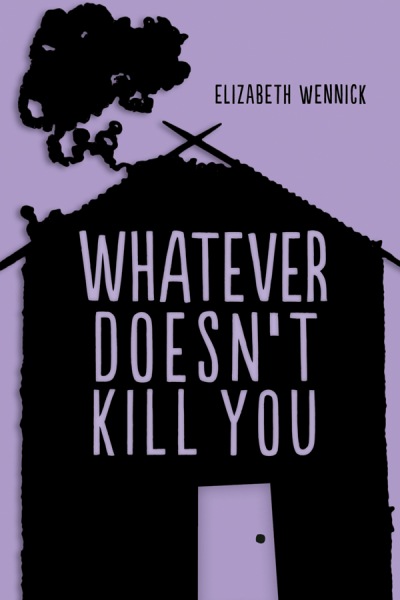 Jenna Cooper was only a few days old when her father was murdered and her family was shattered.

Now fifteen, she daydreams of a picture-perfect sitcom family as she struggles with the gritty realities of her life. When Jenna finds out that Travis Bingham, the man who shot her father, has been released from prison, she becomes obsessed with tracking him down and confronting him. But her search reveals that there may be more to her father's murder than she has been led to believe—and will her relationships with her family and friends survive her obsession?

"The mystery of Jenna's family's past and her efforts to unravel the truth make for the heart of this story...Whatever Doesn't Kill You should be popular with those who enjoy Norah McClintock's many novels as well as fans of Judy Blume's Tiger Eyes. Recommended."
– CM Magazine
"Wennick keeps her prose flowing nicely, and her characters come across as real people with strengths and flaws. Jenna's confusion and her determination to sort out her understanding of both herself and her history come through clearly and sympathetically. A solid, affecting coming-of-age tale."
– Kirkus Reviews
"Whatever Doesn't Kill You is best described as haunting. The ghosts that are around, though, are the virtual ones of guilt, fear, and the unknown...Wennick never goes for the easy route of tying up all storylines and going for the happily-ever-after. She keeps things real."
– CanLit for Little Canadians blog
"This brief, taut novel is thick with Jenna's legitimate angst and understandable longing for answers...A believable portrait of a family destroyed, destroyed again, and finally rebuilt."
– Booklist
"Readers will be hooked from the first sentence and kept on the line by the quick-paced plot and easy-to-follow language...Intriguing enough to hold the interest of even the most reluctant readers...,it is an overall good selection for those looking for a quick, heartening read."
– School Library Journal
"Wennick provides a sympathetic main character, readers will relate to Jenna’s struggles for a better life and a desire to learn more about the father she never knew...Recommended."
– Library Media Connection
"[The author] keeps the tension tight as secrets from the past come to light and Jenna discovers that things are not as they seem. Wennick writes with a knowing honesty about her characters and the inner-city setting, delivering a sympathetic narrator and suitably edgy dialogue...Whatever Doesn’t Kill You works well as a contemporary, urban YA novel."
– Quill & Quire
Resource Links "The Year's Best"   | 2013  |  Commended
Manitoba Young Reader's Choice Award nominee   | 2015  |  Short-listed
John Spray Mystery Award finalist   | 2014  |  Short-listed
CCBC Best Books   | 2014  |  Commended