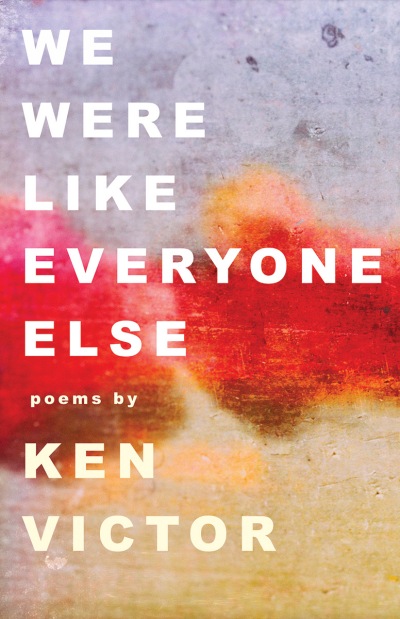 Traversing the world from the Garden of Eden to a grandmother asking what’s a tweet, We Were Like Everyone Else explores the daily humanity of family, the folly of our politics, and a natural world that seems to offer the promise of consolation but never quite does. In poems both lyrical and narrative, the possibility of violence is never far off, but the same can be said of love, our capacity to endure, our hunger for healing and redemption. And yet these poems offer no prescription, no bulwark to keep menace from our children or despair from encroaching on our few vestiges of hope. Ken Victor’s first collection of poems takes us back to children ducking under desks in the nuclear fear of the 50’s, to the collapse of innocence in the face of the Vietnam War, to the fall of the Berlin Wall and the depravity of the siege of Sarejevo. Always the question of whether or not we can survive our own missteps lingers in the background of our 21st century lives as we go about raising our children, dining in restaurants, walking in woods, working from a home office. As one poem puts it, you’ve got to live your life like you’re in control of it, pray like you aren’t.
“Victor’s poetry does not shirk from ugly realities, but rather exposes them with grace and intelligence.”
– Montreal Review of Books
“Victor’s poetry does not shy away from ugly realities and difficult content...There is much to admire in We Were Like Everyone Else—the book reads like a Greatest Hits album.
– The Malahat Review