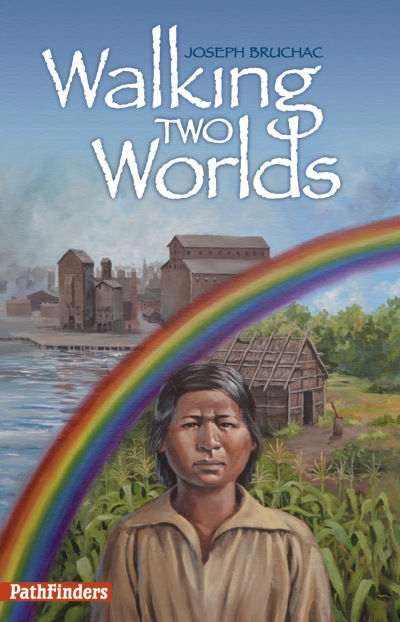 But he also thought something else. Why is English so strange? In Seneca every word always meant the same thing. But in English the same sound could mean different things. It could be four. Or for. Or fore.

So begins this inspiring story of the early education of a famous Native American who gained greatness in the white man's world while staying true to his Seneca people.
Hasanoanda was his Indian name. But in mission school he became Ely. He encountered racism and deceit but, against all odds, did not give up on his quest to walk between two worlds.
"Through brief chapters and vivid descriptions, Bruchac, who is of partial Abenaki descent, offers a full-bodied portrait of a dedicated young man holding on to the traditions of his heritage while adapting to an encroaching world."
– Publishers Weekly