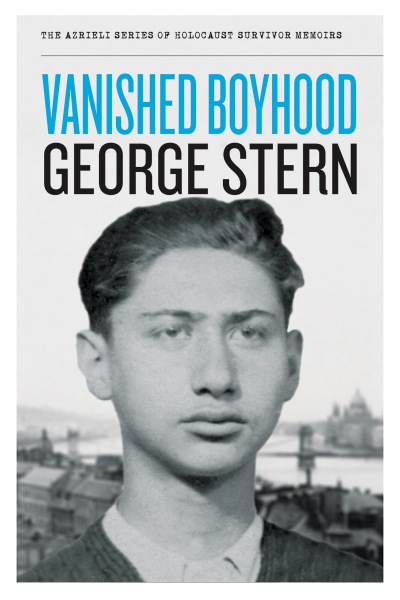 One month before George Stern's thirteenth birthday, Germany invades his native Hungary. Anti-Jewish edicts are passed and a ghetto is established. A rebel even then, George refuses to wear the Jewish star. "Passing" as a Christian boy, he survives the siege of Budapest as the Soviet Red Army presses closer, strafing the city while the fascist Arrow Cross continues to hunt for Jews. After the war, George leaves Europe for Israel and fights in the War of Independence. Over the next 20 years his family's journeys take them from Israel to São Paulo, Brazil and finally to Toronto. Filled with determination and bravery, this is the poignant account of George Stern's Vanished Boyhood.