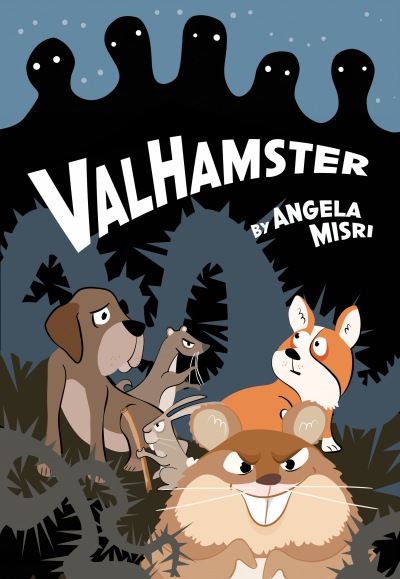 Being the greatest zombie fighter of all time is a lot for one animal, but Emmy’s the perfect hamster for the job. Fire, rage, and fury are her weapons of choice and woe to the undead human who crosses her path. That is, until the mammals she lives with invite a weasel, of all creatures, to join their camp. This unthinkable betrayal reminds Emmy that letting friends into your heart is always a mistake.

A lone warrior at her core, Emmy takes this opportunity to leave on a solo mission to rid the world of zombies once and for all. But, to her dismay, she seems to attract every helpless animal possible — humans, rabbits, dogs, bears, you name it. When Emmy finally shakes her companions, she discovers that being alone and unloved is a fate worse than death. Maybe loving those animals is what gave her the courage to fight zombies in the first place.

“ValHamster, the third novel in author Angela Misri’s animal/zombies series, is an exciting and fast-paced read which makes it clear to readers that one should not judge others either by what they look like or by what one may have heard about them. Highly recommended.”
– CM Reviews