Under the Iron Bridge 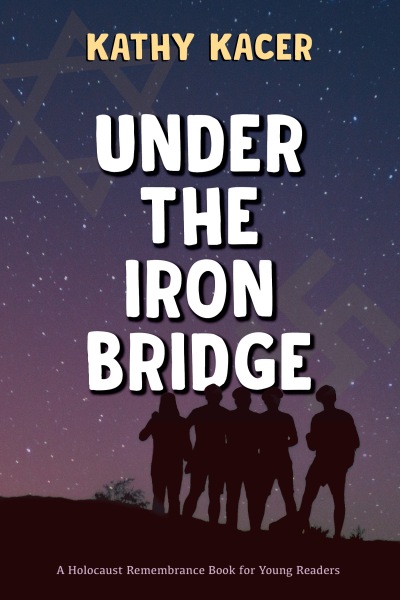 It’s 1938 in Dusseldorf, Germany, and Paul is feeling pressured to join the Hitler Youth. The last thing he wants to do is march around with a bunch of bullies, supporting the Gestapo and abusing the city’s Jews, but even Paul’s parents think he should go along with his classmates in order to keep himself safe.

Just when he’s starting to despair, Paul meets the Edelweiss Pirates, a group of teenage boys and girls who are working to undermine the growing power of the Nazis. When he joins the rebel organization, he finds out just how hair-raising and dangerous it is to sabotage the Third Reich and rescue Jews wherever they can. But choices have consequences, and during the terrifying violence of Kristallnacht, Paul must step out of the shadows and make a life-changing decision.

Inspired by the true story of the Edelweiss Pirates, a group that declared “Eternal War on the Hitler Youth,” Under the Iron Bridge is a tale of courage in the face of cruelty.

"An accessible, well-paced story about courageous young people resisting the Nazis."
– Kirkus Reviews
"A fast-paced, compelling story."
– CM: Canadian Review of Materials
This well-written, easily understandable portrayal of some events of the Holocaust will be an asset to middle and high school libraries and history teachers.
–

"A novel I believe will encourage young people to ask themselves what they would do if faced with the same challenging moral questions these young characters must."

"Readers will be thoroughly engaged in this exciting, yet fraught, historical fiction novel inspired by the true story of the Edelweiss Pirates... Kathy Kacer continues her skillful, sensitive and informative treatment of Holocaust themed works."