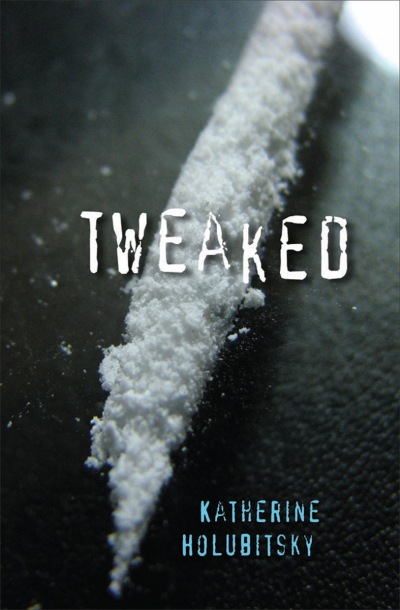 Sixteen-year-old Gordie Jessup is a good kid but he's living a nightmare. His eighteen-year-old brother Chase's two-year addiction to crystal meth has left their family emotionally and financially drained. And just when Gordie thinks he can no longer stand the manipulating, the lying and the stealing, things get even worse. Chase is arrested for aggravated assault, released on bail and sent home to his family. But his dealers are after him and Chase appeals to Gordie for help. Gordie, disgusted with his brother and fully aware that it's a gamble, risks everything he has in the hope of bringing his family some peace.
"A story of hope tempered with a dose of hard reality...Effective and compelling. Highly recommended."
– CM Magazine
"Eye-opening... riveting."
– The Globe and Mail
"A powerful novel."
– Resource Links
"A painfully authentic exploration...Poignantly demonstrates the fact that the addict's agony is only the beginning."
– The Bulletin of the Center for Children's Books
"A gripping story."
– KLIATT
"A powerful book about addiction, its wide-ranging effects, and the toll it takes on all those it touches."
– TeensReadToo.com
"The novel is fast-paced, compelling and highly readable, and should be used as an essential text for drug education in high schools."
– Canadian Children's Book News
"Gordie tells a heart wrenching story of what it is like to have an addict in the family and watch the destruction this habit is causing himself and his parents...Very realistic."
– Southwest Ohio and Neighboring Libraries (SWON)
"A fast-paced, cohesive story...Holubitsky's writing is solid and the story well-paced, making this book a viable option for reluctant readers and students, ages 13 or older who prefer realistic fiction."
– Journal of Adolescent and Adult Literacy
"While it could be moralizing, this fine writer's ability to tell a powerful and heartbreaking story does not allow for that...This is a book that should be shared in high school classrooms. Kids would be well served to hear it and to talk about its issues."
– The Brandon Sun
"This compelling book is written in clear, age-appropriate prose...A suitable choice as a result of its fast-paced plot and conversational tone."
– VOYA
"Portrays the overwhelming combination of anger, sadness, and bewilderment that families experience in the face of the wily yet irrational behaviour of a crystal methamphetamine addict...An important and difficult story...that leaves an indelible mark.
– Jeunesse
White Pine nominee   | 2009  |  Short-listed
Resource Links "The Year's Best"   | 2008  |  Commended
SYRCA Snow Willow nominee   | 2009  |  Short-listed
Manitoba Young Readers' Choice Award nominee   | 2010  |  Short-listed
CCBC Best Books   | 2009  |  Commended