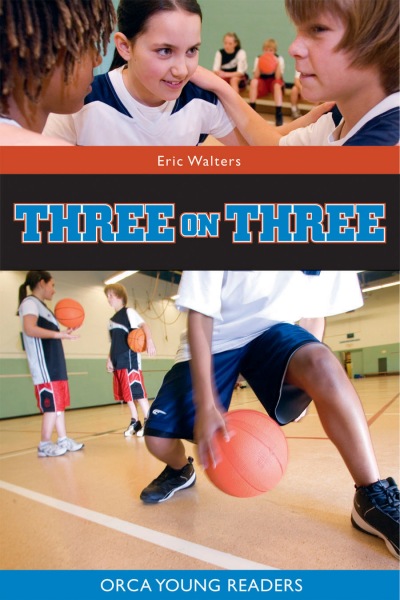 Nick and Kia get excited when their school gym teacher announces a "three-on-three" basketball tournament. The two most dedicated players in grade three, they know they'll be tough to beat. But when Nick finds out they'll be up against teams in grade four and five, he is ready to throw in the towel before they start. How can shrimps like them ever hope to beat the older kids? Easy, get the best player in the school to be your third player. Marcus is bigger, tougher and in grade five.
But it's not as easy to convince Marcus to join their team. The older boy is often uneasy around them, but worse, Kia and Nick find themselves making enemies of some of the kids in the upper grade. Nick realizes it's going to take more than skill at basketball to win this tournament and make friends with Marcus without becoming targets for the older kids off the court.
CCBC Our Choice   | 1999  |  Commended