The World on Either Side 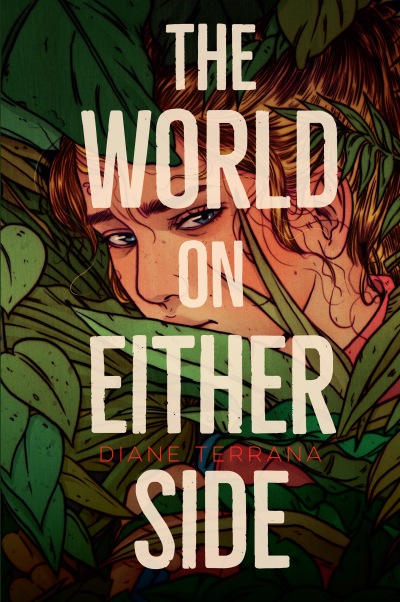 After the death of her boyfriend, sixteen-year old Valentine stops going to school, quits seeing her friends and, finally, won’t leave her bed. Desperate for her daughter to recover, Valentine’s mother takes her on a trek in Thailand. In the mountains north of Chiang Mai, Valentine finds a world she didn’t know existed, where houses are on stilts and elephants still roam wild. She learns about the Burmese civil war and the relentless violence against the Karen and Rohingya peoples.
Then she meets Lin, a mysterious young elephant keeper tormented by his hidden past, and an orphaned elephant calf, pursued by violent poachers. Together, the three flee deep into the jungle, looking for refuge and redemption.
"Air. This exquisite novel will have you gasping for it. Valentine's heartbreak and her desperate race through the jungles of Thailand had me holding my breath, smiling and weeping, despairing and hopeful. The World on Either Side is a heart-pounding journey to healing and love."
– Barbara Radecki, author of The Darkhouse
"With a compelling voice and eye for evocative detail, Diane Terrana captures the rawness of grief and the dislocation of being a stranger in a strange land. Valentine's journey is part vivid travelogue, part healing odyssey, part high-stakes adventure, astutely narrated and punctuated with poetry, geopolitics and humor. A work of refreshing moral complexity about characters seeking atonement and redemption&#8212and finding the courage it takes to love and to live."
– Trilby Kent, Governor General's Literary Award finalist for Once, in a Town Called Moth
"[An] ultimately hopeful tale of grief and redemption."
– Kirkus Reviews
“The characters are well developed...an exciting read with a compelling plot.”
– School Library Journal
“Teachers of history, geography, or world cultures could use it to explore intercultural oppression around the world, both historically and in modern times, as well as the beliefs and practices of Buddhism and the worldwide problem of poaching. Counselors might also use this book to inspire discussions with students who have lost a close friend or loved one...Its exotic setting and themes of hope and healing resonate.”
– School Library Connection
“Sure to be enjoyed by many kinds of readers. It is at once a thrilling adventure story, a heartbreaking romance, and an engaging current issues exploration. Highly Recommended.”
– CM: Canadian Review of Materials
“A book readers will not soon (if ever) forget…The World on Either Side is the prime example for other authors to aspire to. The World on Either Side will be a difficult book to put down.”
– Resource Links
Notable Social Studies Trade Books for Young People   | 2020  |  Commended
CCBC Best Books for Kids & Teens   | 2020  |  Commended