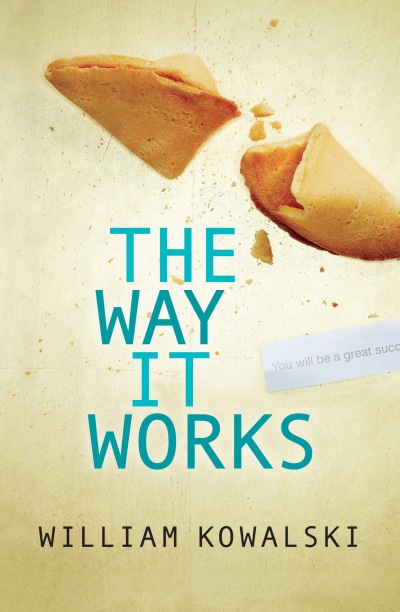 The product of a bi-racial marriage but abandoned by his father as a young child, he prides himself on three things: his drive to succeed, his fine clothes and never having been late for anything in his life. Walter is also homeless. The medical expenses that came with his mother's brief and unsuccessful battle against cancer have left him destitute. Still, ever the optimist, Walter believes that if he lives in his car for a few months, he will have the time he needs to find a good job in the business world and turn his life around. His situation gets more complicated when he finds himself attracted to a girl he meets at the mailing center where he keeps a post box. But trying to impress a girl when you have no fixed address proves difficult, and when he's caught in a lie, she shuns his company. Walter's struggles grow when his car is impounded and he can't afford to pay the fine. Only resilience, ingenuity and his drive to succeed can bring Walter back from the brink of despair.

"Readers struggling with literacy issues or learning English will appreciate the simple, straightforward style and plot-driven narratives…Diverse cultures, sensitive contemporary issues and social injustice are all difficult topics tackled appropriately without diverting the story…The discussion-worthy issues and themes are delivered via a high caliber plot and efficient style of writing. Recommended."
– CM Magazine
"One of the series' strongest titles…With understated, sobering, and detailed realism, Kowalski shows how easily a person can lose everything, and the ingenuity and strength Davis summons to solve daily logistical problems, and fall in love, will hook readers. With rare voices and taut suspense, these titles provide accessible choices for struggling and strong readers alike."
– Booklist
"You won't be able to put the book down until you're finished… While tweens and teens will enjoy the book, adults and writers will be equally fascinated with the economy with which Kowalski manages to draw full-fledged characters, create increasingly dramatic situations and then resolve it all in just a hundred-plus pages."
– CD Syndicated
"A quick and easy read, aimed at urbanites. Educators who work with adults seeking to improve their reading skills should also find this book and series intriguing...It offers an uplifting message with a touch of romance...[and] works well at skillfully delivering an engaging character and story."
– ForeWord Reviews
"A compelling story featuring strong characters...Despite the book's brevity, Walter's determination and resourcefulness quickly draw the reader in, and the story builds to a satisfying...conclusion."
– Quill & Quire
"Especially intriguing are the details about how Walter maintains some respectability while living out of his car, and how other characters respond when they learn that he is homeless...Reluctant readers will be drawn to the fast-moving story with its modern, urban setting and sympathetic, true-to-life hero."
– School Library Journal
"This book is indeed a quick read, getting straight to the plot...[and] will give readers hope and an example of determination...Good for reluctant readers."
– Puget Sound Council for Reviewing Children's Media
"Walter is an admirable young man, and the reader can't help but root for him...Inspiring...A quick read [that] should appeal to reluctant readers."
– BookLinx