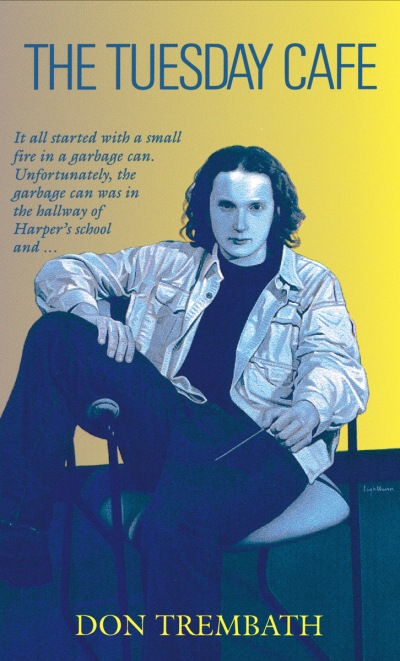 His parents don't seem to understand what is going on in his life at all. He's not doing well at school. And a juvenile court judge has just ordered him to write a 2000-word essay on how he's going to turn his life around.

Now his mother has enrolled him in a writing class called The Tuesday Cafe, but it's not the kind of class she expected.

It all started with a small fire in a garbage can. Unfortunately, the garbage can was in the hallway of Harper's school and...