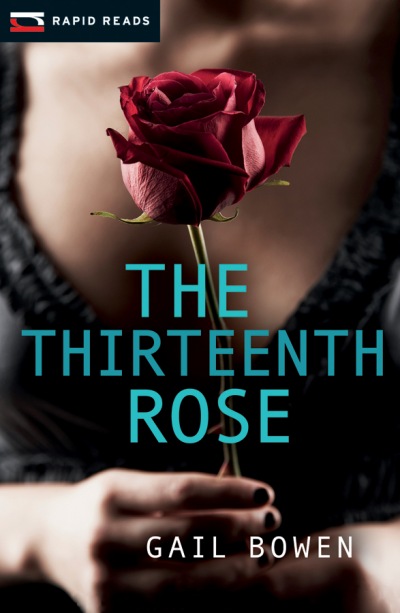 For his Valentine's night call-in show, host Charlie D plans to offer his listeners two hours on the topic of "satisfaction." His in-studio guest is twenty-five-year-old Misty de Vol Burgh, formerly the highest-paid escort in the city but now happily married to eighty-three-year-old billionaire Henry Burgh.

It's all good fun until Charlie receives a chilling message: "It's take-out-the-garbage night. Time to kill all the hookers and wash the streets with blood." When Charlie is directed to a website that allows viewers to watch the murder of a prostitute in real time and promises that another killing will be broadcast live within the hour, the hunt is on. But The World According to Charlie D. has an audience of over a million listeners. The murderer could be anyone, anywhere. Charlie and his team have less than two hours to find and stop the killer.
"As gripping a read as the three previous titles in Gail Bowen's contributions to the 'Rapid Reads' series...The Thirteenth Rose is not just an easy-to-read suspense novel; it also provides an incisive perspective on the lives of sex trade workers, the dangers they face, and a reminder that the public media cannot be used as a forum from which to disseminate hatred and bigotry against them...Will appeal equally to adult readers and to reluctant senior high school students...Highly Recommended."
– CM Magazine
"Perfect for mature reluctant readers, ESL learners, or anyone who enjoys a good story."
– VOYA