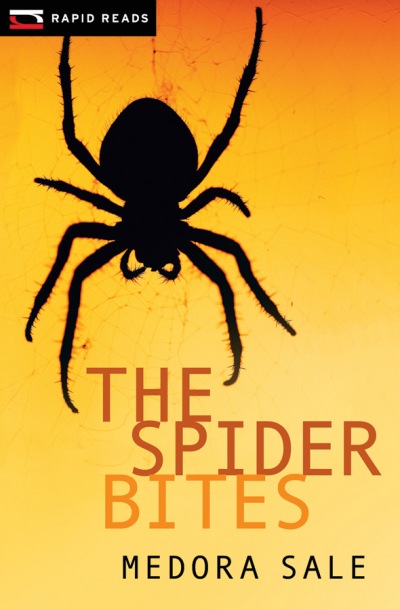 When detective Rick Montoya returns to the city to try to clear his name after being accused of taking a bribe, he discovers someone is living in his apartment. Before he can find out who it is, the apartment house goes up in flames. Rick watches covertly as the police remove two bodies. Was the firebombing meant for him? Who exactly was killed in the fire? And why? What was his landlady Cheryl doing at home in the middle of the afternoon? And why is her daughter Susanna acting strangely? Then his estranged wife arrives at the scene of the fire. The questions mount up, along with the suspects.
"A well-written and exciting novel. The time frame is condensed, and there are no flashbacks to confuse the action. The language is simple and the sentences short…The Spider Bites is one of the first entries in what may well become a large and popular series of easy-read novels. Highly recommended."
– CM Magazine
"A great story with all the traditional and exciting elements of mystery held within a smaller package…This book will hold your attention to a satisfying close."
– Read and Blog website
"Simple language and short sentences make this a perfect who-done-it for the Hi-Lo middle school reader. Well-written and engaging story about a suspended cop named Rick Montoya who becomes entangled in a twisted tale of set-ups, fires, missing people and death. He is desperate to clear up his name and get back on the force, but it will take some super smarts to figure out this mess!"
– Puget Sound Council for Reviewing Children's Media