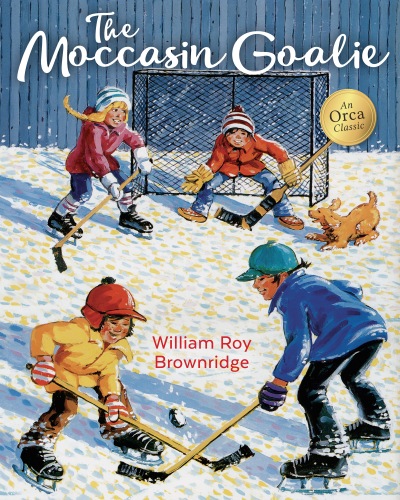 Danny and his friends, Anita, Petou and Marcel, are typical youngsters—hockey mad. Danny's disability means that he can’t wear skates, but his leather moccasins work just fine and earn him the name “Moccasin Danny.” When a town team is formed, the friends are overjoyed, but only Marcel is picked for the team. Will Danny get the chance to prove that even though he can’t wear a pair of skates, he can still play the game?

Originally released over a decade ago, The Moccasin Goalie is the first of three books in a well-loved series that includes The Final Game and Victory at Paradise Hill.
CCBC Best Books   | 2017  |  Commended