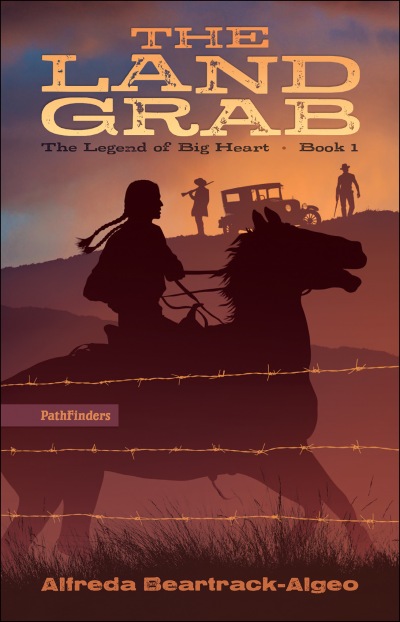 “Jay, do you think Mr. O’Neil had something to do with this fire?” Uncle Jay stood up. “Yup, I do, Tom. I think Mr. O’Neil sent two of his guys here yesterday to stake out you and your land. They came back out here before dawn and started this fire. Yup, I have no doubt, but proving it will be a challenge because we are up against the big boys.”

The Land Grab is the story of Alfred Swallow and his Lower Brule Lakota family as they fend off attempts to take their land. In 1929 Alfred is eleven years old and has many responsibilities not expected of a young boy. He and his Lakota family are being forced to leave behind their tribal values and traditions and assimilate into the mainstream of American culture and society. His Lalá (grandfather), has instilled in his grandson many Lakota traditions which Alfred respects, but at times struggles to understand the message they convey. Young Alfred draws from his tradition when an unscrupulous U.S. Land Agent, who knows the value of the family’s land, is determined to grab their land with intimidation and force. The family and their neighbors band together to stop the unlawful actions, but can they stop a determined criminal?