The Keeper and the Crows 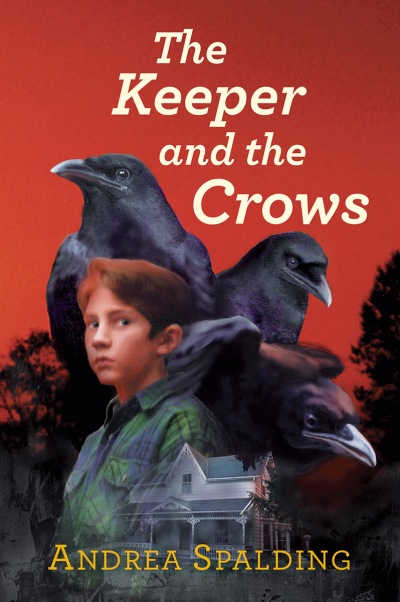 Misha is excited about visiting his favourite aunt, especially now that she has moved into a cottage that is more than a century old. What an opportunity to search out secret passages and hidden cellars. But Aunt Dora's home in the historic town of Belfountain has also raised the interest of others: a society of crows, including the mystic albino Old One, all intent on finding something hidden. Before he knows it, Misha is drawn into his aunt's secret. She is a Keeper, one of a line of wise caretakers of the ancient Pandora's Box, and it is her duty to keep it under lock and key. All the evils of the world were released eons ago, but once a day the Keeper unlocks the box to dispense just a little of the Hope still in it. This remaining container of Hope must be guarded at all cost. There are only two keys: one rests with Aunt Dora, but now the other has been stolen by the crows. Misha must find the key before the clever and resourceful crows get to the box first. Determined to outwit the evil creatures and get the better of Old One, Misha has no idea how far he will have to go.
"Children will be hooked from the moment they pick the book up...A page turner young readers will have a hard time putting down. Highly Recommended."
– CM Magazine
"Spalding has woven the myth of Pandora's Box into a charming fantasy, with an underlying message the each human can bring hope to the world...A well-written novel for younger readers."
– Quill & Quire
"A cracking good tale for four to ten year-olds...For both young readers and the even younger read-to crowd, Spalding's use of language is clear, clever, never condescending and often adventurous...What could be nicer [...] than to curl up with the youngsters and read to them - put this book on the list."
– Island Tides
CCBC Our Choice   | 2000  |  Commended
Red Cedar nominee   | 2003  |  Short-listed