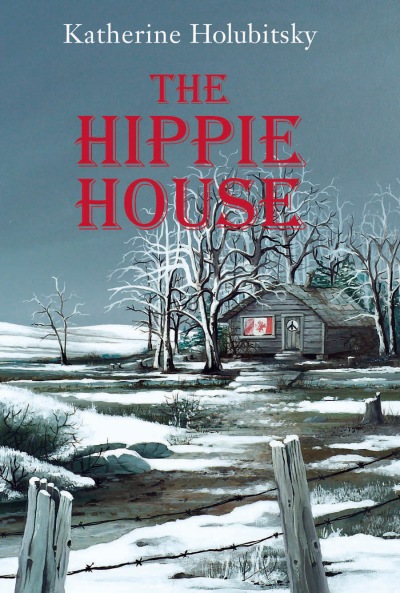 The "summer of love" is a time of idealistic freedom and experimentation for Emma, her cousin Megan, and the young people of Pike Creek. While her brother Eric's band practices in what Uncle Pat has dubbed the Hippie House, the girls suntan on their small lake and hitchhike into town to hang around the Drop-In Center. They find the growing crowd of long-haired musicians and hangers-on that begin to show up at the farm both enticing and a bit scary. The beginning of the school year brings excitement and change for Emma. But when eighteen-year-old Katie Russell disappears, her teenage sense of immortality is suddenly shattered. A month later, when Eric discovers Katie's body in the Hippie House, the entire community is thrown into turmoil. There are plenty of suspects in the brutal murder, but for months the case remains unsolved. And while others speculate, Eric agonizes that the killer may have been one of the many drifters who passed through the Hippie House during the summer.
"Rreaders will be on the edge of their seats."
"It is a series of rich character studies embedded in Holubitsky's recreation of an earlier, more innocent time period."
"Highly recommended."
– Canadian Book Review Annual
"Fully developed characters, a complex situation, and a well-realized setting of time and place." "Certainly this is a well-written novel."
– KLIATT
"Absorbing and thoughtful." "It would appeal to mature readers with an interest in psychological drama."
– VOYA
"In this stunning murder/mystery Katherine Holubitsky brings alive rural life..."
"This is a quietly creepy book that slowly but inexorably leads the reader onward. There is a sinister, uneasy atmosphere that sneaks up on the reader. Holubitsky uses straightforward, almost abrupt foreshadowing that electrifies. You can feel the hair on your arms rise up as you are compelled...to read on."
"There is no telling, only masterful showing."
"Holubitsky has perfectly captured that time in a teenager's life when childhood is no longer possible and adulthood looms closer than you might like."
"This outstanding coming of age story should be in every high school library. Highly recommended."
– Resource Links
"The Hippie House will resonate with today's young readers and those of generations to come."
– Edmonton Journal
"There are many powerfully evoked, acutely observed scenes." "Holubitsky's strengths-her emotional perceptiveness, her graceful, nuanced writing, her painfully true depictions of teen life-shine here."
– Quill & Quire
"Recommended."
– CM Magazine
Arthur Ellis Award nominee   | 2005  |  Short-listed
CCBC Our Choice starred selection   | 2005  |  Commended
CLA Young Adult Book Award nominee   | 2005  |  Short-listed
Manitoba Young Readers' Choice Award nominee   | 2006  |  Short-listed
Tayshas List   | 2007  |  Commended
Resource Links "The Year's Best"   | 2004  |  Commended