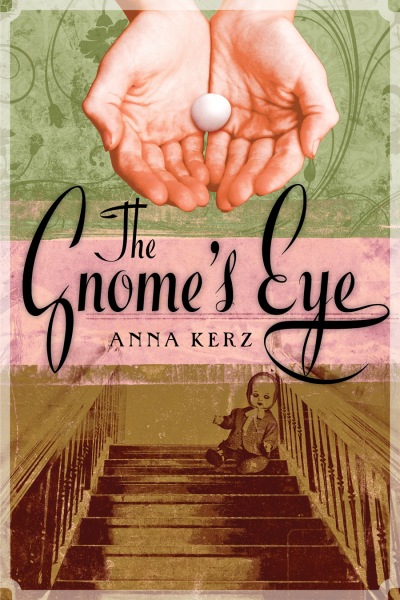 In the spring of 1954, when her father announces that the family has a chance to immigrate to Canada, Theresa's life changes forever. She and her family are wartime refugees from Yugoslavia, so it shouldn't be hard to leave Austria. But the weathered barracks of Lager Lichtenstein are the only home she knows, and they are filled with family and friends she doesn't want to leave behind.

As she says her good-byes, Theresa's friend Martin gives her two gifts: a package of postcards and a stone he calls the Gnome's Eye, which he says will "protect her from all things evil, living or dead." Theresa is convinced the stone has no power, but she still keeps it close as they travel on the crowded immigrant ship and when they settle into a rooming house on Kensington Avenue in Toronto.

At first Theresa is afraid of everything: the other tenants in the rooming house, the rat that lives in the kitchen, learning a new language. But as time goes by, Theresa's need for the Gnome's Eye fades, until she is finally able to give it to someone who needs it more than she does.
"Kerz provides a fresh take on...immigrant motifs in a well-shaped plot...Kerz does a particularly nice job of indicating that the characters are not speaking English."
– Quill & Quire
"This immigration story…presents itself through a strong first-person voice deft in creating an empathetic and engaging response in middle grade readers. Both laughter and genuine concern will be evident through Theresa's imaginative storytelling and descriptive narrative."
– School Library Journal
"A charming fish out of water story with sharply imaginative elements that children nine to 12 will enjoy."
– January Magazine
"Sensitively written…Highly recommend[ed]."
– Canadian Children's Book News
"[A] lively, detailed novel...The immigration drama will hold readers."
– Booklist
"A realistic novel that shows the trauma of adjustment to a new culture. The Gnome's Eye also contains mythical, magical elements that give it an added dimension…Highly recommended."
– CM Magazine
"A believable first-person narrative told through the eyes of an impressionable, imaginative child…This family interests the reader, and learning about a different time and place is intriguing. Recommended."
– Library Media Connection
"A touching story of immigration through the eyes of a young girl...Sensitive and fast-paced, this well-written novel will capture the reader's interest on many levels."
– Resource Links
"An excellent book for anyone interested in the struggles of an immigrant."
– Puget Sound Council
Hackmatack Children's Choice Award nominee   | 2011  |  Short-listed
CCBC Best Books   | 2011  |  Commended
PSLA Top Forty   | 2010  |  Commended
Bank Street College of Education Best Children's Books of the Year   | 2011  |  Commended