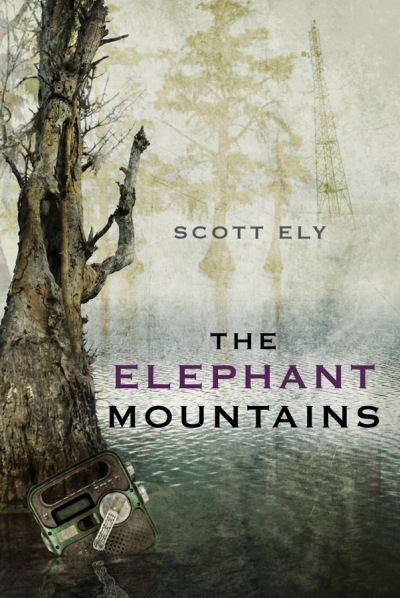 An unprecedented series of hurricanes has swollen the Mississippi River to unheard-of levels and is threatening to put New Orleans and most of the low-lying areas of the South under water. Fifteen-year-old Stephen is spending the summer with his father near a small town north of Lake Pontchartrain when another powerful hurricane arrives and the levees on the Mississippi River completely fail. In the anarchy and chaos that results, Stephen's father is killed, and the boy is left to fend for himself. Stephen soon encounters Angela, a college student whose parents have also been killed. Navigating the labyrinth of flooded fields and towns in an airboat, the two set out in search of Stephen's mother and higher ground. Armed with both guns and the skills his survivalist father has taught him, and repeatedly confronted by those who will kill for food, water and weapons, Stephen struggles to maintain hope and his humanity in the face of violence and desperation.
"A fast-paced, brutal story of survival delivered in a clipped, no-frills style...The straightforward third-person narration chronicles the action bluntly. Equal parts interesting and unsettling, this one may appeal to fans of Gordon Korman and Gary Paulsen."
– Kirkus Reviews
"This is a story that will tap into students' survivalist instincts and explores themes of humanity and morality. A blunt, edgy narrative chronicles the action. Gary Paulsen fans will enjoy this read."
– Library Media Connection
"A fairly short but enjoyable read...I really liked the survival elements of the novel, and the writing was very good. Stephen's resentment towards his mother was also very believable as well, making it easy for readers to relate to the character. I enjoyed the author's writing style as well: it was smooth and easy-to-follow, making it easy to finish the novel within a few hours...I recommend this book for any guys looking for a gritty, action-packed dystopian novel (and ladies as well!)."
– Beyond the Bookshelf blog
"The pacing really allows readers to connect with the characters and also allows the characters to develop along with the story...A spectrum of human behaviour is portrayed, from those who will help others to those who will kill without provocation...[The novel] reflects the actual conditions that could exist after a natural disaster, and Ely makes no attempts to sugarcoat anything. This gives the story extra depth and believability. The Elephant Mountains is a well-written story about survival after a natural disaster that can be enjoyed by a variety of readers. Recommended."
– CM Magazine
"Ely nicely conveys the mingled hope and despair that pervade the atmosphere...The large cast, well-crafted action, and strong sense of place carry the book far."
– Publishers Weekly
"The characters are likeable and the plot quickly paced. This novel would appeal to anyone who enjoys dystopian societies or who wonders what global warning will do to humanity."
– Resource Links
"Readers...may relate to [Stephen's] character and relish the chance to exercise their own survivalist imaginations."
– The Bulletin of the Center for Children’s Books
"The gritty realism will hook fans of adventure thrillers...The large print and small number of pages will initially appeal, but the plot will grab readers and leave them wishing for a sequel."
– Tri State YA Book Review Committee
"An intriguing look at human nature in the face of extreme disaster."
– The Horn Book Guide
"Well-written with interesting characters and graphic descriptions."
– Eastern New Jersey Regional Library Cooperative
Green Earth Book Award nominee   | 2012  |  Short-listed