The Color of Silence 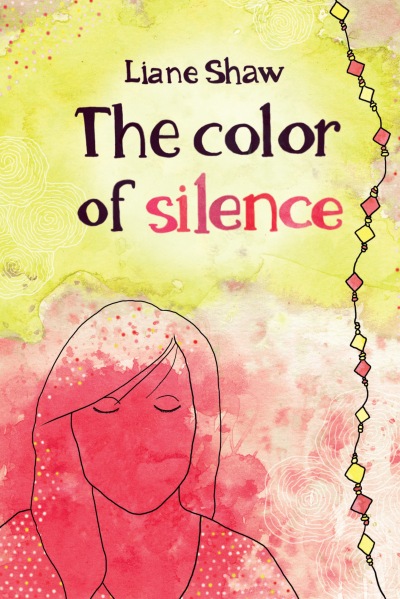 Alex is seventeen years old and she feels her life has come to an end. After being involved in an accident that killed her best friend, she doesn’t see why anyone would want her around and she refuses to talk. Ordered by a judge to do community service, she must spend time at a hospital with a girl named Joanie, who has minimal control of her body and no speech.   Never having known another way of being, Joanie has an extraordinary internal life. She has been listening and watching as the world goes on around her, but Joanie is so full of words, thoughts and images that if she could ever figure out a way to let them loose, they would come swirling out in a torrent of syllables. She would fill every room with the colors of her dreams until the whole world became a rainbow of her making. Brought together by accident, Alex and Joanie have experienced the helplessness of silence. Their growing connection may lead them both to find the power of their voices.
The story starts slowly but builds to a strong emotional climax and gives readers a sense that Alex will recover from her trauma as her world slowly regains color.
– School Library Journal
Liane Shaw's poetic novel of grief and friendship examines the vast difference between how we perceive ourselves and how others perceive us.
– Quill & Quire
Told from alternating points of view, the book nicely balances the girls' perspectives by playing with their perceptions of reality, such as their initial reactions to one another and to hospital staff, showing that much of what they experience actually arises from their sense of self.... Shaw's attention to detail in describing Joanie's heightened awareness of her body and surroundings makes this an excellent resource for educators looking for a book focusing on a character with special needs.
– Quill & Quire
(J)ust as she did in Fostergirls (Second Story Press, 2011)... Liane Shaw demonstrates that perspective is everything and nothing is the same for everyone.
– CanLit for Little Canadians blog
With no words between them, they build a friendship and connection that resonates and lets them express themselves louder than talking. The Color of Silence is a strong pick for youth novel collections, highly recommended.
– The Midwest Book Review
Sensitively written with amazing insight into the mind of a person with multiple challenges, as well as a teen who is suffering from trauma and guilt, this book will keep the reader enthralled until the very end.
– Good News Toronto
The story is a moving one and deals with many issues such as overcoming trauma and grief. Readers will not only sympathize with the characters, but will come to understand their personal conflicts on an emotional level. The character of Joanie is an especially interesting one as Shaw provides great insight into what it may be like to have a disability that is physically restrictive.
– Resource Links Magazine
The Canadian Library Association's Young Adult Book Award   | 2014  |  Short-listed
The Canadian Children's Book Centre's Best Books for Kids and Teens (Young Adult Fiction)   | 2013  |  Commended
Bank Street College's "Best Children's Books of the Year" (Coming of Age)   | 2014  |  Commended