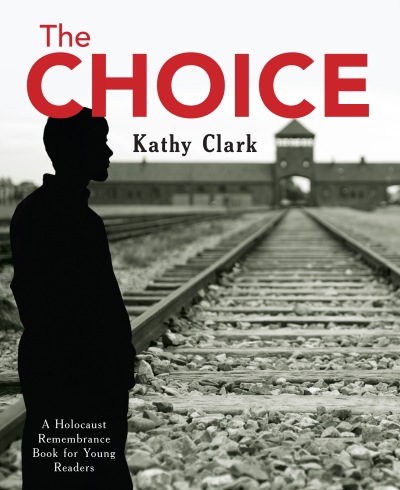 Thirteen-year-old Jakob’s family has hidden their true identity as Jews and are living as Catholics in Budapest during WWII. One day, in a burst of loyalty, Jakob decides to reveal that he is Jewish, a choice that puts his whole family in danger. Jakob hopes his best friend Ivan, a Christian whose father is a high-ranking military official, will help his family, but he comes to believe that Ivan has abandoned them. Sent as a prisoner to Auschwitz, Jakob is kept alive by his passion for revenge against Ivan. When Jakob is finally freed, he discovers that Ivan too made a choice that day, a choice that changes everything Jakob thought was true.
The book is well written for young readers... heartbreaking but full of hope and tolerance.
– Resource Links
Clark makes wise narrative choices in presenting life at Auschwitz... The Choice is an excellent historical novel.
– CM: Canadian Review of Materials
Deftly written for young readers… very highly recommended for both school and community library collections.
– The Midwest Book Review
The Choice is recommended reading for young readers and it is good reading for adults too... [Kathy Clark] opens the door for all types of important conversations about history, consequence of actions, seeking revenge, the significance of religion, culture and values, thinking for yourself and taking responsibility for your own choices.
– Edmonton Jewish News
Set in Budapest, The Choice provides a unique perspective to the Holocaust… Educators and librarians hoping to engage readers with historical fiction will want to add this novel to their shelves.
– VOYA Magazine
The ending of the story brings both validation and realization of how the human spirit can triumph even under unfathomable atrocities, and how the choices we make in life can change everything.
– Historical Novels Review
The Choice clearly demonstrates the choices that a boy on the verge of manhood had to make during the Holocaust.... But the strength of the book lies in the emotional content, the relationship between Jakob and Ivan, and Jakob and Levi.
– Association of Jewish Libraries Reviews
This was an outstanding book for anyone interested in the Holocaust and a gripping narrative.
– Ottawa Jewish Bulletin
[The Choice] is perfect for middle school students beginning to learn about the Holocaust and for older students who are interested in learning more.
– VOYA Magazine
... this well-written story should captivate many young minds. There are historical explanations offered, a map and photographs of key places are included, and the story is both exciting and believable.
– Canadian Teacher Magazine
Canadian Library Association Book of the Year for Children Award   | 2016  |  Short-listed
Manitoba Young Readers Choice Award   | 2017  |  Long-listed
Canadian Children's Book Centre's "Best Books for Kids and Teens" - Fall 2015   | 2017  |  Long-listed