Tenuous Threads/One of the Lucky Ones 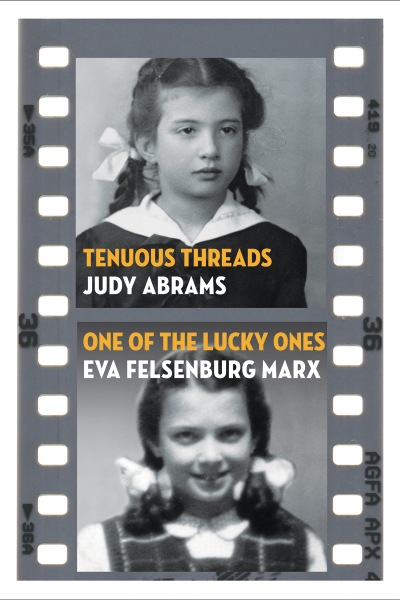 As Eva Marx writes in her memoir, One of the Lucky Ones, "Almost 1.6 million children were living in Europe at the start of World War II. By the end of the war, less than 500,000 had survived." She and Judy Abrams, author of Tenuous Threads, were born just six months apart—Judy in Hungary and Eva in Czechoslovakia—two years before World War II began. Their childhoods were irrevocably marked by the Holocaust and their memoirs are evocative accounts of this fragmented and fearful period in their young lives. Separated at times from their parents, the two authors poignantly describe the insecurities they lived with as hidden children and, as adults, explore the role that memory, innocence and, in hindsight, knowledge, has played in their lives.