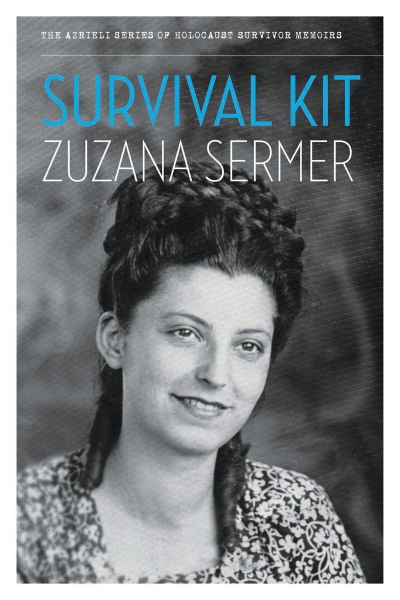 "For the second time, I found myself about to be interrogated . . . I wouldn't confess to being Jewish this time, knowing it would mean certain death. How could I die now, after all we had managed to get through? I would not allow myself to die by their bloody hands. These thoughts pumped courage into my veins."

An only child, fifteen-year-old Zuzana Sermer does what she can to protect her father and ailing mother when the Nazis set up a fascist regime in her native Slovakia in 1939. Four years later, fleeing to the supposed safety of Budapest, Zuzana and her fiancé, Arthur, must instead navigate one treacherous situation after another when Germany occupies Hungary in March 1944. Survival Kit is both Sermer's thoughtful reflections on the miracles of her survival and a testament to the power of courage, love and determination.