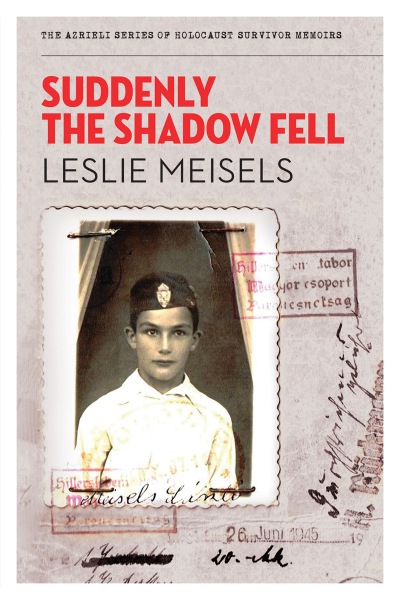 “That night, a fierce air battle developed around and above our train. Guns were blazing, bombs were falling . . . In the morning, instead of the enemy, US soldiers found us and heard our cries: ‘Oh God, we are free!’”

When 17-year-old Leslie Meisels insisted that his mother and two brothers join a transport going who knows where, all he knew was that they had to get out of the terrible holding facility in Debrecen, Hungary. Luckily, that decision put them among the roughly 20,000 “exchange Jews” whose lives had been bartered for gold, diamonds and cash in a secret deal between Rudolf Kastner and Adolf Eichmann. Added to Leslie Meisels’ memoir is a short account by his wife, Eva, who survived the Nazi occupation of Budapest as a five-year-old with the assistance of Raoul Wallenberg.