Something Suspicious in Saskatchewan 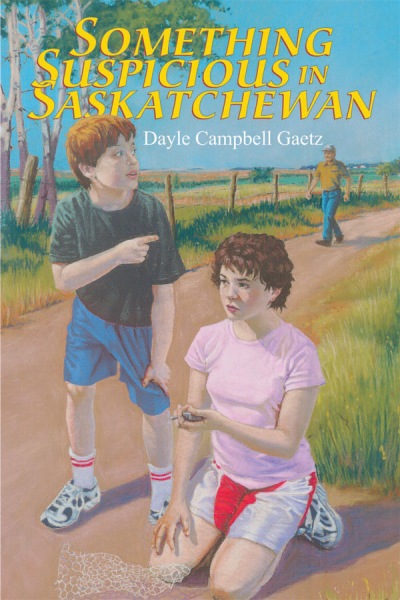 Katie and Rusty are heading East.

Fresh from their thrilling adventures in Alberta, facing down devious developers, the cousins have made their way to Aunt Margaret's farm in Saskatchewan. After rescuing her aunt when she is trapped under a piece of farm equipment and learning of other acts of possible sabotage, Katie decides that she has found another mystery to solve. Puzzled by the changes they notice in their cousin Megan, and alarmed by a series of threatening phone calls, Katie and Rusty embark on another adventure. With no shortage of suspects—from Cousin Megan to the jilted boyfriend and the controlling farmhand—the two detectives find themselves in deeper than they thought and are soon in real danger.